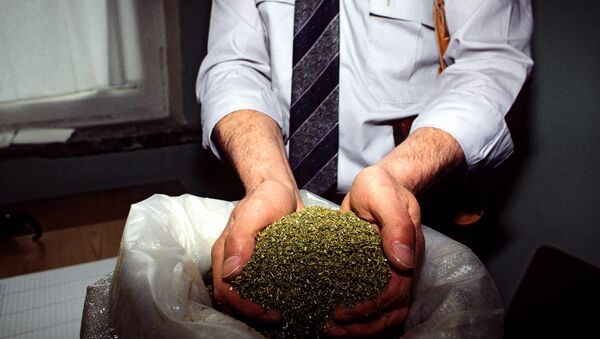 Governments should consider legalizing some drugs such as marijuana to curb global drug trafficking as steps taken so far have not prevented the spread of drug use, a group of international figures said in a report published on Thursday.

Governments should consider legalizing some drugs such as marijuana to curb global drug trafficking as steps taken so far have not prevented the spread of drug use, a group of international figures said in a report published on Thursday.

The 24-page report by the Global Commission on Drug Policy argues that the decades-old "global war on drugs has failed, with devastating consequences for individuals and societies around the world."

"Political leaders and public figures should have the courage to articulate publicly what many of them acknowledge privately: that the evidence overwhelmingly demonstrates that repressive strategies will not solve the drug problem, and that the war on drugs has not, and cannot, be won," the report said.

The 19-member commission was created in January 2011 with the goal to "bring to the international level an informed, science-based discussion about humane and effective ways to reduce the harm caused by drugs to people and societies."

It includes prominent international figures such as the previous UN secretary general, Kofi Annan, and the former presidents of Mexico, Brazil, Colombia, Ernesto Zedillo, Fernando Henrique Cardoso and Cesar Gaviria, who set up a similar commission for Latin America in 2008.

The report quoted UN estimates that global opiate use increased by 34.5 percent and cocaine by 27 percent from 1998 to 2008, while the use of cannabis, or marijuana, rose 8.5 percent.

Instead of criminalizing and stigmatizing those who "use drugs but who do no harm to others," the commission said governments should "encourage experimentation... with models of legal regulation of drugs (especially cannabis) to undermine the power of organized crime and safeguard the health and security of their citizens."

It has also called on world leaders to ensure that various kinds of treatment are available for drug users, including "the heroin-assisted treatment programs that have proven successful in many European countries and Canada."

According to UN data, there are 2.5 million drug addicts and more than 5.1 million drug users in Russia. President Dmitry Medvedev ordered in April that proposals be drafted that would introduce mandatory medical treatment as an alternative to penal measures against drug addicts.

Russia's anti-narcotics chief, Viktor Ivanov, said the proposed measure would allow Russian authorities to half the number of drug addicts in the country in three years.