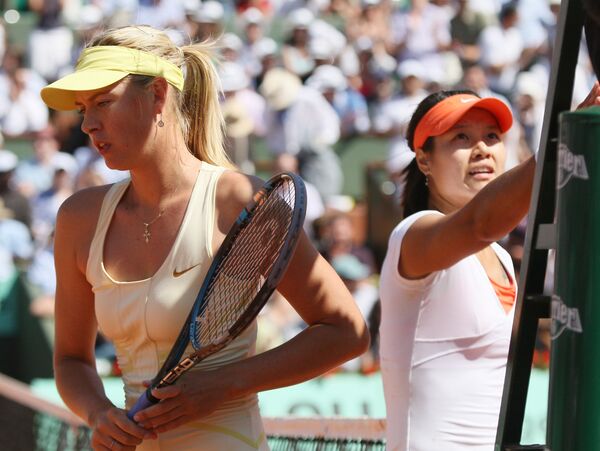 Sharapova returned to the French Open semis for the first time in three years by defeating Germany's Andrea Petkovic 6-0, 6-3 on Wednesday.

Speaking to journalists after Thursday's match, Sharapova admitted that she lost to a better opponent.

"She put a very good match. She certainly played a lot better than I did, a lot more solid," the 24-year-old Russian said. "She put the crucial points better...She was hitting the ball really deep and hard."

"At times I didn't serve well," she said. "I was rushing a little bit more than I had to... I still feel that I had my share of chances - I just didn't take them."

However, Sharapova said she was satisfied with her performance.

"It was a great result for me here," she said. "It's been a good season on clay... After not being on the stage of the Grand Slam for a long time, I'm quite proud of what I've achieved here, but I feel like I still have a lot of work to do."

Sharapova last won a major title in 2008, since when her brilliant career has been hampered by injuries.

In the final on Saturday, Li will face the winner of the semifinal between Italy's Francesca Schiavone and France's Marion Bartoli.