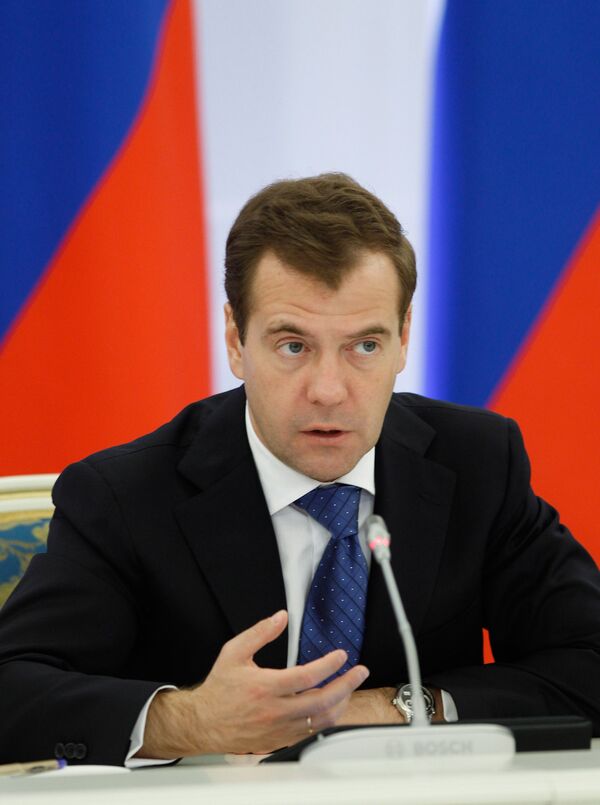 Russian President Dmitry Medvedev has proposed setting up a new flexible copyright scheme on the Runet, as the Russian-language part of the internet is known.

Russian President Dmitry Medvedev has proposed setting up a new flexible copyright scheme on the Runet, as the Russian-language part of the internet is known.

In a statement released on the Kremlin's website on Thursday, Medvedev instructed the country's communications ministry to draw up amendments "aimed at allowing authors to let an unlimited number of people use their content on the basis of free licensing."

The proposed copyright system is on a par with the initiative launched by Creative Commons, a San Francisco-based non-profit organization that has created copyright licenses that allow owners to share their content for free with certain restrictions.

The proposal comes after Medvedev sat down for a cozy chit-chat with some of Russia's top bloggers and journalists including Anton Nossik and Ivan Zasursky in April, in the latest attempt to push his image as a tech-savvy Twitter enthusiast.

Medvedev has also instructed the Culture and Mass Communications Ministry to prepare proposals reducing the responsibility of online media outlets for readers' comments on their websites.

A Kremlin statement said the modification to the media law should "limit the scope of the responsibility of the desks of media outlets spread over the internet for placing comments of readers and remarks made by third parties that violate Russian law, including legislation on defending against extremist activities."

The president gave the ministry until August 1 to act on the instructions.