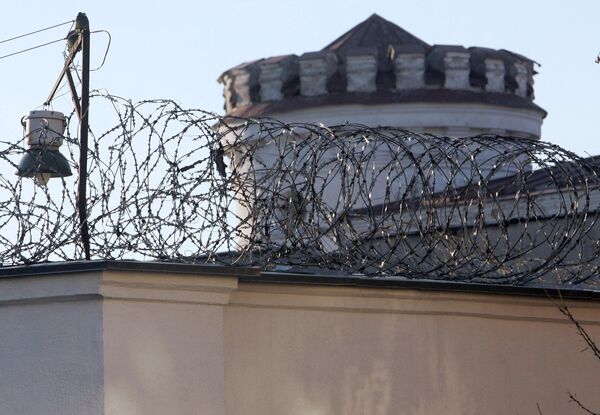 A deputy from the Russian Liberal Democratic party (LDPR) has submitted a bill to the Lower House of Parliament that proposes equipping pretrial detention cells with surveillance cameras citing human rights violations in prison facilities.

The explanation note to the bill says that if approved, the law would increase control over penitentiaries and defend the rights of those 118,000 people awaiting trial.

"We are aware of numerous cases of human rights violations...it often leads not only to causing harm to health and moral abuse, but also with fatal outcomes," the bill's initiator, Valery Seleznev, said.

The initiative came after the notorious case of Russian lawyer Sergei Magnitsky, accused of tax evasion, who died aged 37 in a Moscow pretrial detention facility in 2009 after being refused medical treatment for pancreatitis.