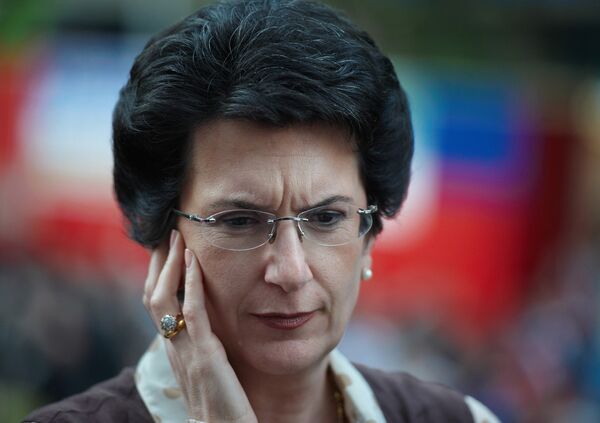 Charges against Bitsadze were filed based on statements by retired Gen. Gia Ychava and five other witnesses. Apart from the testimonies, the investigation has video and audio records.

Bitsadze may face from four to seven years behind bars if found guilty.

A five-day opposition protest against President Mikheil Saakashvili, organized by Burdzhanadze and other Georgian opposition leaders, was dispersed in the early hours last Thursday in Tbilisi. The Interior Ministry said two people, one a former and the other a serving police officer, were killed after being run over by a motorized convoy of opposition leaders fleeing the scene. A total of 37 people were hospitalized, eight of them police officers.

Later, police unveiled an audio recording of a telephone conversation between Burdzhanadze and her younger son, Anzor Bitsadze, discussing a possible "Egyptian scenario" to overthrow Saakashvili.