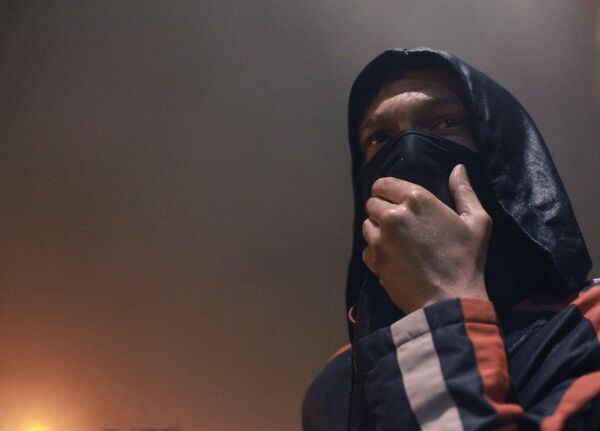 Georgian Foreign Minister Grigol Vashadze said Russia had been behind rallies staged by opposition in the capital Tbilisi.

Riot police used water cannons, rubber bullets and teargas to disperse opposition activists who gathered late on Wednesday on Tbilisi's main street in an attempt to prevent an Independence Day military parade. They also sought to block the rostrum from which President Mikheil Saakashvili was to deliver a speech.

The opposition rally was sanctioned by the Tbilisi authorities to take place between May 21 and May 25, but the protesters refused to leave the streets after the deadline. Saakashvili said on Thursday that outside forces were behind the protests that left two people, including one policeman, dead.

"A group of outcasts tried to deprive the Georgian nation of its right to mark its biggest holiday - Independence Day. Law enforcement agencies blocked the attempt to violate public order and our laws," Vashadze told the Moskovskiye Novosti newspaper in an interview.

"An action against the Georgian state, which was funded, inspired and organized in Moscow, has flopped again," he said.

Russia's Foreign Ministry called the demonstration dispersal a gross violation of human rights and said it hoped the international community would adequately assess the situation.

Russia and Georgia are at loggerheads on many points, in particular over Moscow's recognition of the independence of the former Georgian republics of Abkhazia and South Ossetia.