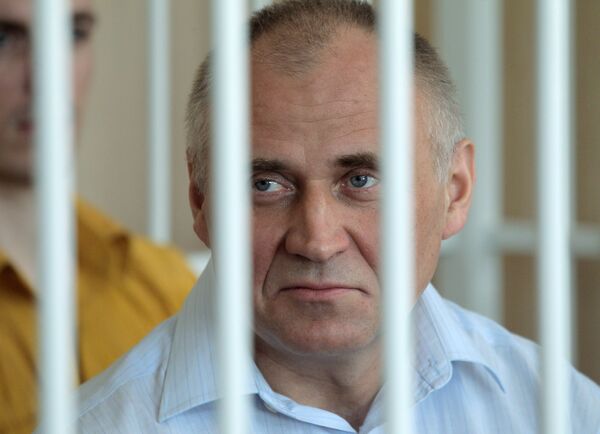 Statkevich and Uss were accused of organizing the Minsk riots in December 2010, when crowds of opposition activists took to the streets in the Belarusian capital and stormed the government building following the presidential election.

The elections in Belarus saw incumbent President Alexander Lukashenko, who has ruled the country for more than 15 years, win a fourth term in office with almost 80 percent of the vote.

Hundreds of protesters were arrested during the riots and more than two dozen people, including several presidential candidates, were put on trial.

The United States and European Union have condemned the crackdown on the opposition in Belarus and imposed sanctions against Lukashenko and more than 160 top Belarusian officials. International observers called the presidential polls "flawed."