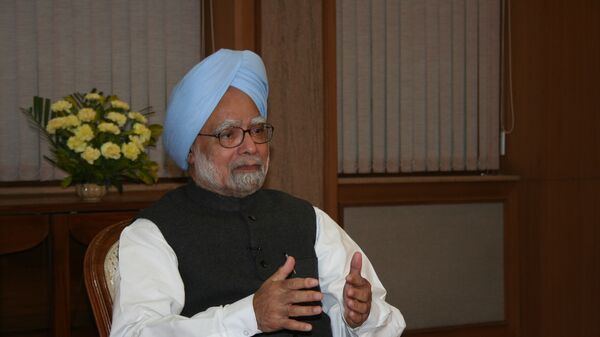 India's Nuclear Command Authority (NCA) has discussed the country's progress toward creating a fully-fledged nuclear triad, the Times of India said on Tuesday.

An NCA meeting on Monday, presided by Prime Minister Manmohan Singh, focused on the testing of the first domestically-built nuclear submarine and the development of a long-range ballistic missile, the paper said.

India is very close to completing a nuclear triad with the induction of the first Arihant class nuclear-powered submarine by 2012. The submarine was floated out on July 26, 2009 and is slated to go for sea trials once its 83-MW light-water reactor gains full capacity.

India conducted its first nuclear test in 1974 and is believed to have 60 to 80 nuclear warheads, while neighboring Pakistan possesses 70 to 90 warheads.

At present, India has an arsenal of Agni II and Agni III ballistic missiles and BrahMos supersonic cruise missiles as part of the land component of the triad. The air component includes nuclear-capable fighter aircraft such as the Dassault Mirage 2000H, Sukhoi Su-30 MKI and MIG-29.

The purpose of having a three-branched nuclear capability is to significantly reduce the possibility that an enemy could destroy all of a nation's nuclear forces in a first strike attack. This ensures a credible threat of a retaliatory strike, and therefore increases a nation's nuclear deterrence.

With induction of the Arihant submarine, India will become the fourth country in the world to possess a fully-fledged nuclear triad after the United States, Russia and China.