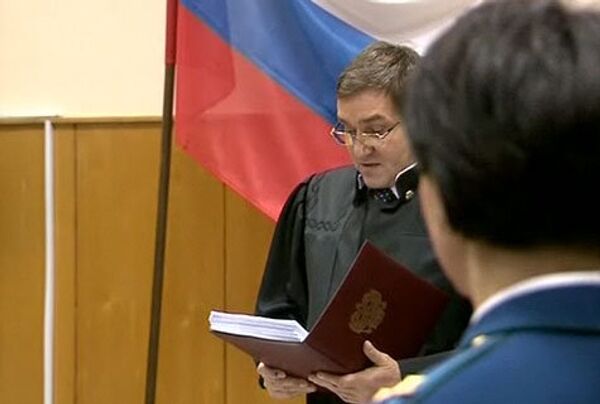 Khodorkovsky, 47, and Lebedev, 54, were told in December they would have to stay in jail until 2017 after being found guilty of embezzling from their former oil firm Yukos and laundering the proceeds. A Moscow court on Tuesday delayed until May 24 the hearing of an appeal lodged by Khodorkovsky.

"Today we sent an application to Russian Investigative Committee head Alexander Bastrykin, as well as to Russian Prosecutor General Yury Chaika, demanding prosecution of Danilkin, the heads and judges of the Moscow City Court, as well as investigators Karimov and Alysheva, prosecutors Lakhtina, Shokhin, Ibragimov, Smirnov and other individuals for handing down an intentionally illegal sentence, togther with obstruction of justice," Liptser said.

Moscow City Court Judge Vladimir Usov said the court needed time to study the large volume of complaints about the sentencing of Khodorkovsky Lebedev in December.

One of Khodorkovsky's lawyers was attacked near her Moscow flat on Friday evening, another lawyer said on Tuesday.

The two men had been nearing the end of their eight-year sentences for fraud and tax evasion from their 2005 trial.

In February, Natalia Vasilyeva, a former aide to Judge Danilkin, who extended the two men's jail terms, said he was acting under orders from the Moscow City Court when he gave his verdict.

Danilkin denied the allegations, describing them as slander.