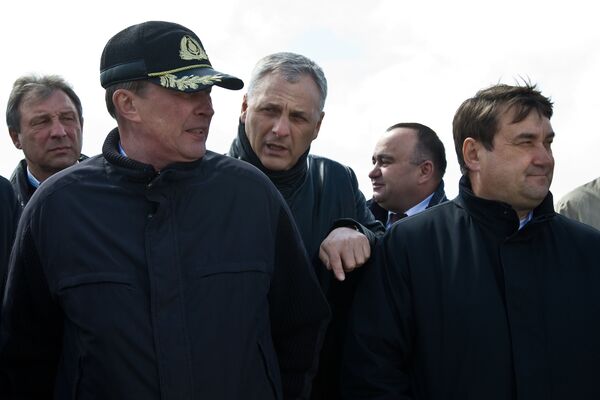 The Russian Foreign Ministry shrugged off on Monday Japanese discontent over a Russian state visit to the disputed Kuril Islands.

The Russian Foreign Ministry shrugged off on Monday Japanese discontent over a Russian state visit to the disputed Kuril Islands.

"We remind you that Russia's sovereignty over these islands has indisputable international and legal foundations," the Russian Foreign Ministry told RIA Novosti. "So 'regrets' regarding the Russian officials' visit to the islands are inappropriate."

The Russian delegation led by Deputy Prime Minister Sergei Ivanov visited the Kunashir and Iturup islands on Sunday as part of a working tour around Russia's Far East.

The Japanese Foreign Ministry lodged an official complaint with the Russian embassy in Tokyo on Monday.