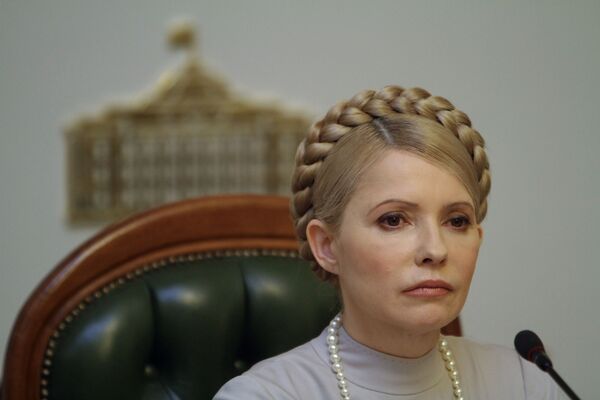 The charges are linked to a 2009 gas deal Tymoshenko signed with Russian gas giant Gazprom.

"The investigator has enough grounds to initiate a criminal case," Judge Galina Suprun said during a court session.

The Ukrainian Prosecutor General's Office initiated the criminal case against Tymoshenko in April for signing a 10-year contract on the supply of Russian gas to Ukraine in January 2009 at international prices. As a close ally of Russia, Ukraine had previously received a discount on Russian gas.

Tymoshenko's lawyer Sergei Vlasenko described the court's decision as "politically motivated" and said the opposition leader would file an appeal "in the near future, probably tomorrow."

If Ukrainian courts don't cancel the trial against Tymoshenko, she will turn to the European Court of Human Rights, he added.

Current Ukrainian President Viktor Yanukovich has long urged Russia to review the "unfair" pricing formula stipulated in the 2009 contract, but talks have not been successful so far.

In April 2010, Ukraine's state energy company Naftogaz and Gazprom signed an additional agreement with a discount of $100 per 1,000 cubic meters of Russian gas in exchange for Ukraine's agreement to extend Russia's lease on a naval base in Crimea until at least 2042.