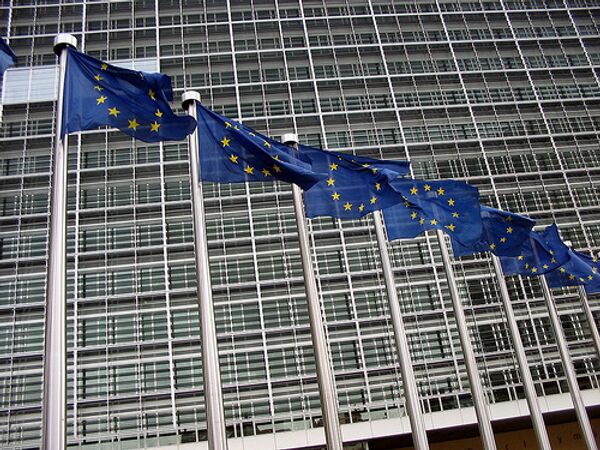 © Flickr / Stuart Chalmers
Subscribe
Denmark has shocked the European Commission by closing its borders without waiting for recommendations from the EU interior ministers who met on May 12, the foreign ministers who met today, or the EU leaders who will meet on June 24.

Denmark has shocked the European Commission by closing its borders without waiting for recommendations from the EU interior ministers who met on May 12, the foreign ministers who met today, or the EU leaders who will meet on June 24.

Denmark is reopening checkpoints along its only land border with Germany and its bridge to Sweden. The Danish People's Party (DPP), a rightwing anti-immigration party and a member of the ruling coalition, celebrated the news with champagne. Meanwhile, Brussels plans to look into the matter, calling this a "bad story."

Denmark announced the restoration of checkpoints and customs procedures, but "not passport control," which makes one wonder about the differences between them.

As this is a tough question even for experts, the EU will conduct a special investigation - and partly because not all Danes approve of the decision.

Playing on the longer-term aspirations of their allies in the rightwing-centrist coalition, the DPP said restoring the checkpoints was a condition for their voting to approve the cabinet's budget strategy.

A propos, Denmark has the toughest immigration legislation in the EU.

Denmark banged its door shut barely a few hours before the EU interior ministers promised to radically review the control mechanisms within the visa-free Schengen zone. On the other hand, the word "radically" sounds more like lip service to anti-immigration sentiments and rightwing parties than a practical promise.

The Schengen agreement's proposed revision is so far limited to reopening border control within the EU "in exceptional cases" to curb illegal immigration. The EU also plans to pressure North African countries into signing readmission pacts to formalize their obligation to accept repatriated illegal immigrants.

The reasons for this are Arab Spring, the subsequent influx of about 30,000 illegal immigrants from Tunisia and Libya, and Italy's and France's demand that the Schengen agreement be adjusted to today's realities.

Before Liechtenstein joined the Schengen zone on March 7, the area included 25 countries - 22 EU member states, plus Switzerland, Iceland and Norway. It had a combined population of 400 million people and an area of 4.3 million square kilometers.

Fifteen of the 22 EU member states have supported the idea of slightly "rolling back the Schengen." Opponents have only put forth arguments in a muted manner.

But from any angle, it appears that Europe has succumbed to good old xenophobia and the "my home is my castle" mentality. Advocates of "European purity" claim that immigrants - Muslims, Africans and Eastern Europeans alike - are polluting Europe and want something done to stop this.

Immigrants also prefer to keep away from locals, and sometimes demonstratively refuse to accept European customs and traditions, which is only comparable to attempts to forcefully turn them into "proper" Europeans. But Europeans have been playing with multiculturalism and political correctness for far too long, and the present change of mood was influenced by more than just the financial crisis.

As a result, rapidly growing anti-immigrant sentiments across Europe have increased the number of rightwing, radical and ultra-nationalist members in most European parliaments. The current events in Europe prove that these MPs are turning their election victories into practical political decisions.

Following in Denmark's footsteps are the Netherlands, where ultra-right parties are active in parliament, and Finland, where the True Finns rightwing populist party recently won a large number of seats. But they have not yet closed their borders.

Minor dents in the noble ideals of European integration and multiculturalism have engendered a towering problem that cannot be resolved in one year or even five years. It will take Europe many more years to readjust its immigration policy.

The people of Denmark, the Netherlands, Finland, Britain, France and Italy are wondering if they should retake part of the powers they delegated to the EU government in Brussels. One such power concerns the right to take decisions on immigration, which implies changing the 1985 Schengen Agreement.

The consequences of such actions will be unpredictable.

A European diplomat attending the EU foreign ministerial meeting on May 13 said the problems keep growing and "it is unclear if we can control them, or whether we can get out without the system collapsing."

Refugees are another European headache.

The same diplomat has said that according to EU information, there are hundreds of thousands of potential refugees in Libya, and they fear Gaddafi may decide to use illegal immigration as a weapon, pushing people on board boats and ordering them to Europe, which would result in a catastrophe.