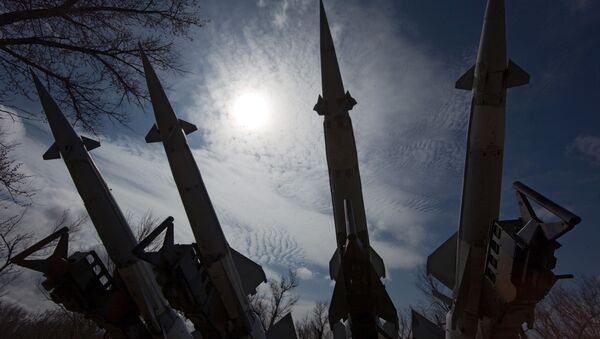 Russia's deputy defense minister has said action could be taken if the United States deploys its new missile defense system near Russia's borders.

Russia's deputy defense minister has said action could be taken if the United States deploys its new missile defense system near Russia's borders.

In a news conference on Friday, deputy defense minister Anatoly Antonov said the Russian military was looking at ways to "protect our nation if Russia is not consulted in talks with NATO."

"There is not only talk, some serious work is also being done," Antonov said. "The Defense Ministry should allow for the worst possible scenario."

His comments come just hours after Russian Foreign Minister Sergei Lavrov told reporters in Kazakhstan that the talks were going through a complicated phase.

"So far this matter is proceeding with difficulty, but the [U.S.] Secretary of State [Hillary Clinton] has assured us that measures are being taken on her side," Lavrov said.

Lavrov added that he had met Clinton during an Arctic Council meeting in Greenland on Thursday and had discussed missile defense.

"We agreed that it was necessary to give a political impulse to the work of experts, so that before our two presidents meet in Deauville for the G8 summit it will be possible to set out some results," Lavrov said.

The United States and Romania announced last week a deal to deploy missile interceptors in Romania as part of its plan to erect a missile shield over Europe.

The move immediately drew criticism from Russia, which fears the scheme may compromise its security by weakening its nuclear missile arsenal.

"We have good relations with Russia. We have just ratified the New START treaty, we are working together on various other issues," she was quoted as saying in media reports last week.

"It is a system that will defend NATO and, if Russia chooses to work with us in a cooperative manner, the system will defend Russia, too."