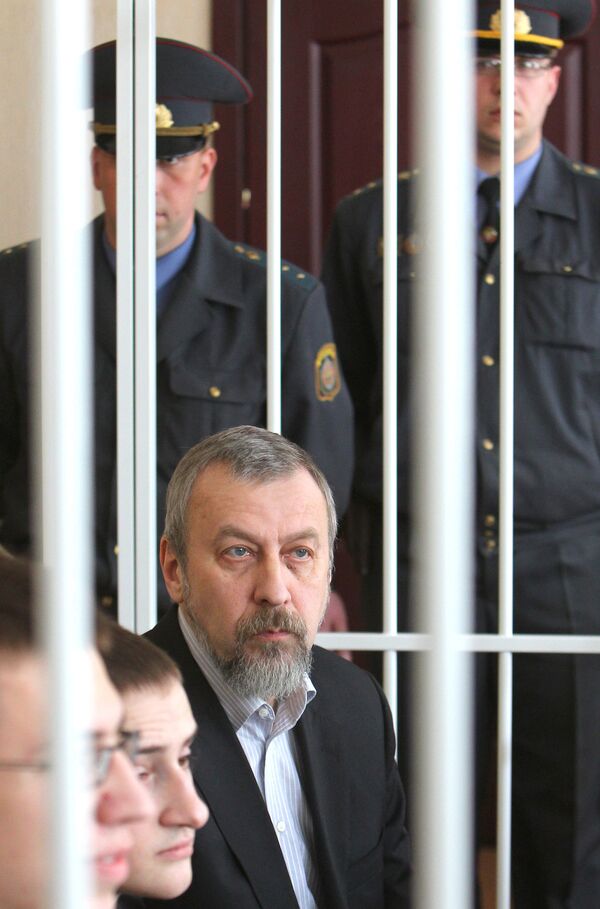 Andrei Sannikov, a former deputy foreign minister and leader of Belarus’ Christian Democratic Party, stood as a candidate against Lukashenko and was one of seven candidates detained after the December 19 vote.

Another former presidential candidate, Nikolai Sannikov, was named a key figure in organizing the unrest. He could face up to 15 years in jail.

Hundreds of protesters were beaten and detained at the demonstration over the results of the election, which international observers called “flawed.”

The United States and European Union condemned the crackdown and imposed sanctions against Lukashenko, who has ruled the former Soviet republic since 1994.

A number of opposition activists have already been sentenced to jail terms of up to four years.

In March, Human Rights Watch released a report detailing hundreds of cases of torture and inhumane treatment of jailed protesters.