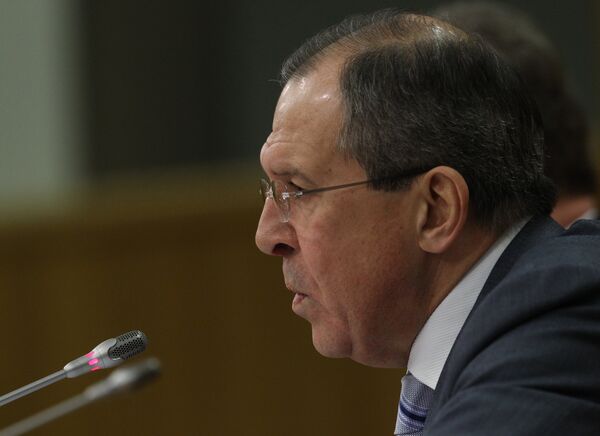 Russia will seek to persuade Iran to comply with the requirements of the international nuclear watchdog in pursuing its nuclear program, the Russian foreign minister said on Friday.

Russia will seek to persuade Iran to comply with the requirements of the international nuclear watchdog in pursuing its nuclear program, the Russian foreign minister said on Friday.

Western countries and the International Atomic Energy Agency (IAEA) suspect Iran of pursuing a secret nuclear bomb program while Iran has said it has purely civilian purposes. Russia, which is building a nuclear plant for Iran, has resisted tough international sanctions against the country.

Europe’s foreign policy chief, Catherine Ashton, said Iran had sent a letter to the European Union, proposing a meeting to discuss international and regional issues, but not its nuclear program.

During his visit to Kazakhstan, Russian Foreign Minister Sergei Lavrov said he had not seen the letter.

“We all want to make 100% sure that it [the program] does not pursue military goals and for this purpose Iran needs to answer the IAEA’s questions,” Lavrov said.

Therefore, he added Russia would urge Iran to implement the IAEA’s decisions, which have been backed by the UN Security Council, where Russia is a permanent member. The decisions include allowing international nuclear experts to examine the project.

Talks between Tehran and the Iran Six - the United States, Britain, China, France, Russia and Germany - came to a halt in 2009 after an IAEA resolution condemned the Islamic Republic over the construction of a second uranium enrichment facility.

The United Nations Security Council imposed a fourth set of sanctions on Iran over its nuclear program last June.