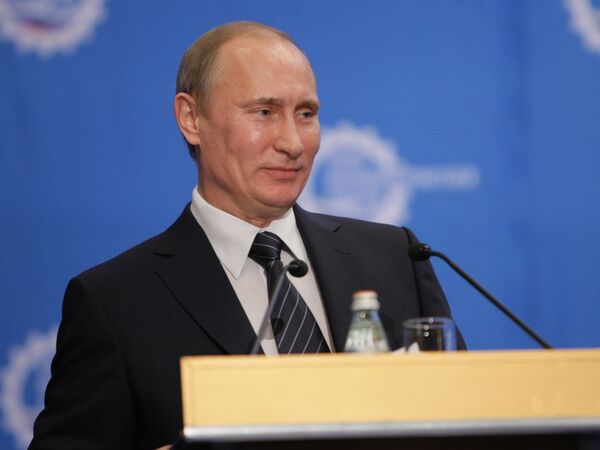 Putin announced the formation of the ill-defined body in a speech to members of his United Russia party on Friday during a weekend that saw several moves analysts say point to him running for president in 2012, but Economic Development Minister Elvira Nabiullina glossed over media talk of a deepening rift between the two men running Russia.

"We have tasked ourselves with modernizing the economy and switching over to an innovative way of development," she told a news conference on Thursday.

Putin said the new agency was designed to promote new projects and curb red tape and bureaucracy. His spokesman, Dmitry Peskov, said earlier this week it can become a "springboard" for those "in need of support in order to make a quantum leap."

Observers say the proposal stems from Putin's desire to develop an innovation strategy that would trump Medvedev's modernization agenda ahead of the 2012 presidential election.

"The presidential innovation projects, including the Skolkovo fund, will fade into insignificance," a source close to Medvedev's hi-tech modernization projects told the Kommersant newspaper on Wednesday. "All financial flows will come to the agency in 2012 when there is a shake-up in the funding and functioning of ministries in the run-up to the election."