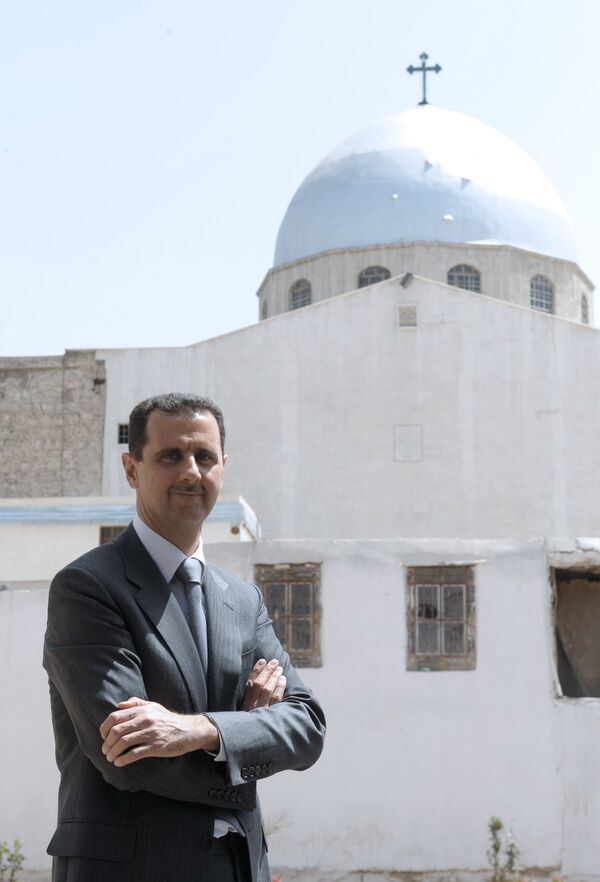 Syrian authorities have blamed Salafists - with the support of foreign groups - for instigating anti-government protests that began in March.

"The alternative to the ruling regime in Syria is the coming of Salafists to power, and this will mean a new war in Syria or possibly beyond its borders," Makhlouf, a prominent businessman, said.

The Syrian Interior Ministry has accused Salafists of calling for "an armed rebellion under Jihad slogans and forming a Salafist emirate."

Makhlouf therefore urged Western countries to avoid excessive pressure on the Syrian authorities and added that instability in Syria would spill over to neighboring Israel.

"If something, God forbid, happens with the Syrian regime, nobody can guarantee what will happen afterward," he said.

Makhlouf also said the crisis in the country had made its elite more united.

"We will not abandon our ship... and will struggle to the end," he said.

Syrian unrest began in mid-March after a group of schoolchildren were arrested for writing anti-government slogans on walls. Protests against their arrest soon swept across the country.

The opposition has said over 700 people have been killed in clashes with government forces, while the official statistics put the figure at 70 civilians and about 100 soldiers and police.

Protests are continuing despite the government's reforms. The government has also canceled the state of emergency that had been in force since 1963.

On May 10, the European Union introduced sanctions on arms supplies to Syria and also banned entry for 13 Syrian government members to the EU and froze their European assets.

The EU has urged the Syrian authorities to revise their policies, put an end to violence and launch comprehensive political reform to establish long-term peace and stability in the country.