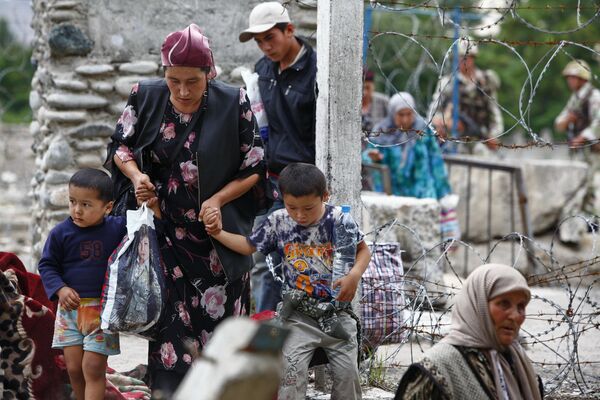 Kyrgyz state security forces may have been guilty of crimes against humanity during ethnic clashes last summer, an independent international commission said on Tuesday.

Kyrgyz state security forces may have been guilty of crimes against humanity during ethnic clashes last summer, an independent international commission said on Tuesday.

About 470 people were killed and over 2,000 injured in fighting between ethnic Kyrgyz and Uzbeks in the southern cities of Osh and Jalalabad during the conflict. About 111,000 people were displaced to Uzbekistan and a further 300,000 were internally displaced.

The Independent International Commission of Inquiry into the Events in southern Kyrgyzstan (KIC) was established at the request of Kyrgyz President Roza Otunbayeva and headed by Kimmo Kiljunen, Special Representative for Central Asia, OSCE Parliamentary Assembly.

The KIC was mandated to investigate the facts and circumstances relevant to incidents that took place in southern Kyrgyzstan in June 2010, qualify the violations and crimes under international law, determine responsibilities and make recommendations.

Although the violence of June "does not qualify as either war crimes or genocide," the KIC said, if the evidence of some acts committed against ethnic Uzbeks in Osh (Kyrgyzstan) was proven beyond reasonable doubt in a court of law, "those acts would amount to crimes against humanity."

"These are murder, rape, other forms of sexual violence, physical violence and persecution against an identifiable group on ethnic grounds," the report says.

The military personnel under the command of the Provisional Government numbered 2,000.

"Had those troops been properly instructed and deployed, it would have been possible to prevent or stop the violence and to block the access to Osh city by the attackers who moved from rural areas," the report said.

"The failure of members of the security forces to protect their equipment raises questions of complicity in the events, either directly or indirectly."

The commission also found serious violations of international human rights law committed by the state in the aftermath of the events, including "acts of torture in detention centers" and "selective prosecution targeting the ethnic Uzbek minority."

The KIC was not mandated to conduct a criminal investigation and "is not in a position to identify named individuals as being responsible for the crimes that have been documented." So it urged the Kyrgyz authorities to establish individual criminal responsibility.

The KIC urged the government to "immediately stop all arbitrary arrests, torture in detention and other human rights violations" and undertake an immediate investigation into the actions of the security forces.