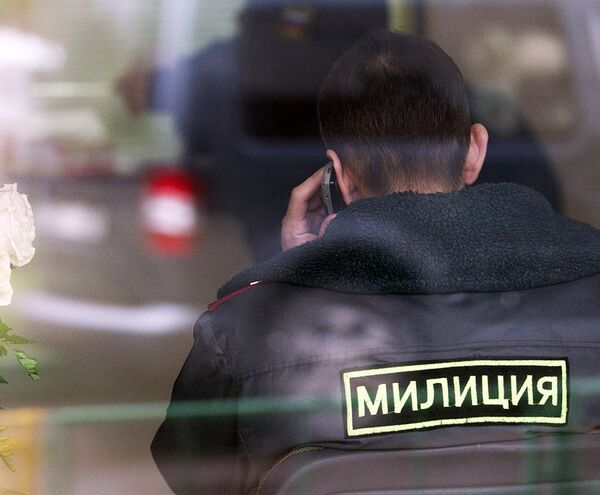 A bomb rocked a car park outside a police station in downtown Moscow on Tuesday morning, injuring one police officer.

The improvised device exploded when an officer at the station on Pyatnitskaya Street discovered it in a plastic bag, Moscow's chief police spokesman told RIA Novosti.

The officer was hospitalized with face injuries.

No theory for the attack was given.

"Investigators found pieces of metal cans, wires and a mobile phone at the scene of the blast," a police source said earlier on Tuesday.

The sources said the bomb was equivalent to 50 grams of TNT.

Militant groups in Russia's volatile North Caucasus region have been blamed for a number of attacks on Moscow in recent years. The Russian authorities have been fighting insurgents in the region for over a decade.