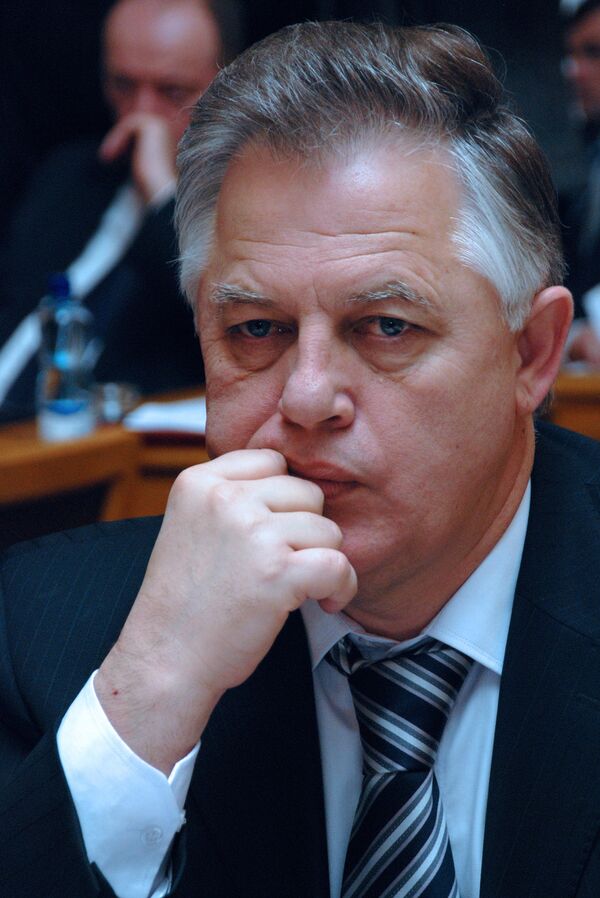 Speaking during a meeting in the capital, Kiev, marking the International Workers' Day, Communist leader Petro Symonenko said the issue of the country's cooperation with the International Monetary Fund (IMF) should be put to a nationwide vote.

In July 2010, the IMF approved a $15.15-billion standby loan for Ukraine "in support of the authorities' economic adjustment and reform program" following a request from Kiev. Ukraine received the first $1.89 billion tranche from the fund later in July. The fund is now considering the allocation of two more tranches worth $3 billion to Ukraine in the summer in exchange for pension reforms and higher gas prices.

Symonenko said he believed that Ukraine could solve its economic problems without IMF loans and proposed putting the pension reforms issue to vote, adding that the Ukrainian Communists were against the reforms, Unian said.

The Ukrainian people should also be given the right to decide on the possibility of Ukraine joining the Customs Union of Russia, Belarus and Kazakhstan and their common economic space.

Ukrainian President Viktor Yanukovych has said that Ukraine will craft its relations with the Customs Union in a 3+1 format, which will contribute to European and Eurasian economic integration.

Russian energy giant Gazprom has estimated that Ukraine could save $8 billion a year on gas prices in it joins the Customs Union. Meanwhile, the Ukrainian constitution prohibits the country from participating in any international alliances.

The proposed prolongation of a moratorium on the sale and purchase of Ukrainian agricultural lands, which expires in 2012, should also be put to vote, Symonenko said.

The referendum should also decide whether Russian should be made a second official language in Ukraine, Symonenko said, adding that Ukraine's Communists supported this.

Russian is still used in much of Ukraine, especially in the east, the Crimea and the capital Kiev, and there is a strong movement to protect the rights of Russian speakers, which has been criticized by the country's opposition.