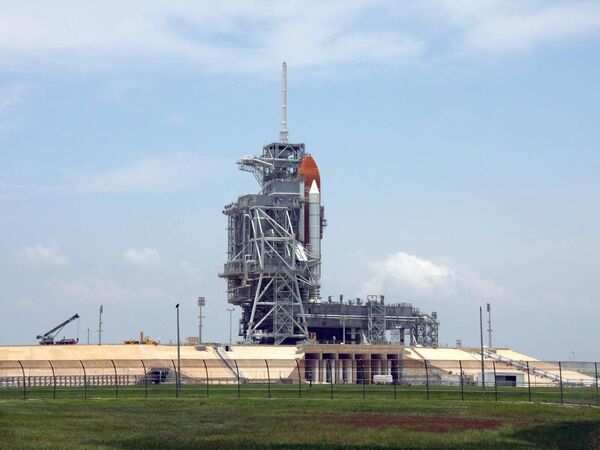 © NASA
Subscribe
NASA was forced to delay the final flight of the Endeavour shuttle on Friday due to technical difficulties.

NASA was forced to delay the final flight of the Endeavour shuttle on Friday due to technical difficulties.

Shuttle launch director Mike Leinbach said Endeavour's launch will take place no earlier than Monday as engineers "need that time to troubleshoot an issue that resulted in today's launch scrub," a statement on NASA's website said.

Engineers detected a malfunction in one of two heater circuits associated with Auxiliary Power Unit (APU) 1. Heaters are required to keep the APUs' hydrazine from freezing in orbit.

Attempts to activate the heater failed.

Leinbach said there would be a minimum 72-hour scrub turnaround.

The shuttle with the STS-134 expedition was scheduled to launch from Kennedy Space Center in Florida at 15:47 local time (19:47 GMT) on Friday.

Endeavour is to deliver a $2 billion particle detector to be mounted outside the International Space Station (ISS.)

This will be Endeavour's final flight and the next-to-last shuttle mission. The U.S. space agency, which says its shuttles are outdated and too expensive to maintain, will begin sending astronauts to the ISS on board Russia's Soyuz rockets.