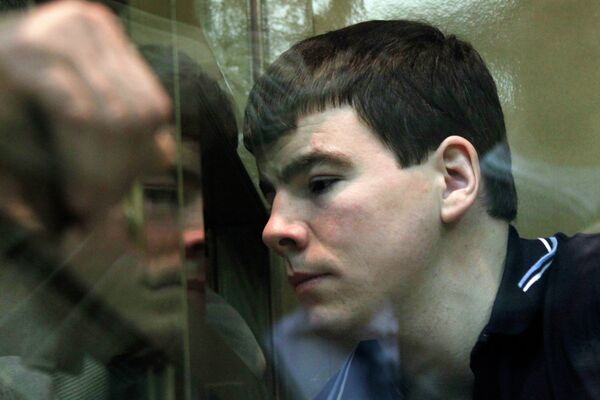 Markelov, a friend of the assassinated journalist Anna Politkovskaya, and Baburova, who worked for the liberal newspaper Novaya Gazeta, were gunned down in January 2009 in central Moscow.

Nikita Tikhonov and Yevgeniya Khasis, both linked to a banned ultranationalist group called Russky Obraz, were convicted of the murders.

The Moscow City Court said it would hand down their sentences on May 5.

The pair, who married in custody, was also convicted of forming an illegal group and arms possession.

Alexander Vasilyev, Tikhonov's lawyer, said he would appeal the verdict.

"This is an inadmissible and illegal verdict, we will appeal it," he said.

Tikhonov tried to slit his wrists on Tuesday, and Khasis made a similar attempt on her life on Wednesday.