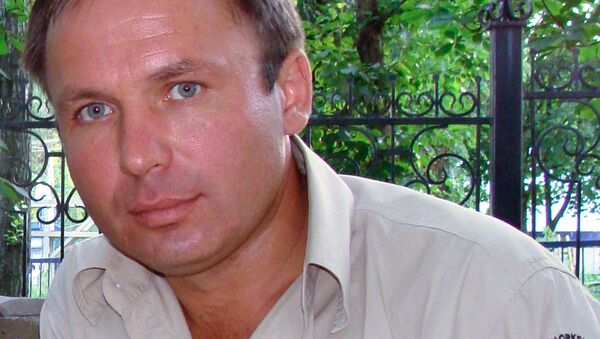 The New York Federal Court on Thursday convicted Yaroshenko of conspiring to smuggle drugs into the United States via Latin America.

Yaroshenko has pleaded not guilty.

A prison sentence is due to be handed down on July 28, a RIA Novosti correspondent reported.

Yaroshenko's lawyer said he may be transferred to Russia to serve his sentence.

Yaroshenko was arrested in an international drug bust in Liberia last year. Four tons of cocaine were seized in the bust.

Russia accused the United States of kidnapping Yaroshenko after notification of his arrest was sent to a third country and he was transferred to New York to face charges without Russia's knowledge.