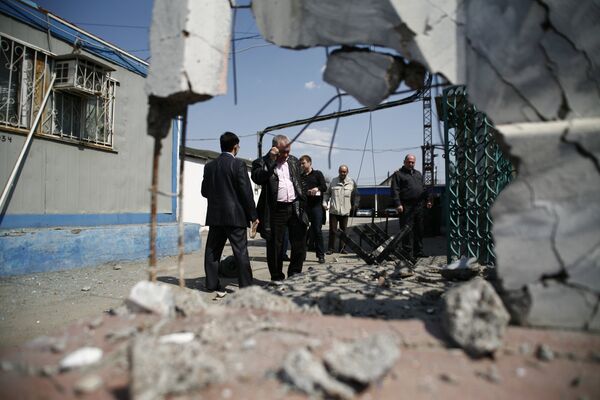 One blast, equal to 500 grams of TNT, occurred near the city's traffic police headquarters. No deaths or injuries were reported.

A suspicious package was later discovered outside the city's police training academy. It detonated when being defused by a robot. The explosion was equal to 2 kg of TNT.

"The heightened anti-terrorism regime will run in the region for the next few days," a local police spokesman said. He said tightened security measures included transport control and the monitoring of public places.

Terrorist attacks in Russia are usually attributed to insurgents in the mainly Muslim North Caucasus region, where Russia fought two wars in the republic of Chechnya in the 1990s. Russian security forces continue to fight militants in other regions of the North Caucasus, who stage frequent attacks on security forces, police and civilians.