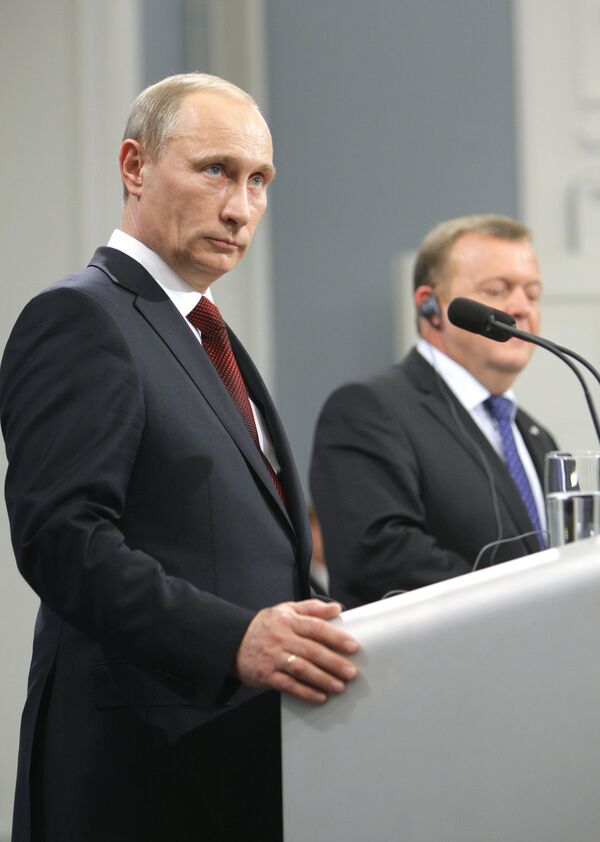 "We must act within international law, with an awareness of our responsibility, with concern for peaceful civilians," Putin told a news conference in Copenhagen after talks with his Danish counterpart. "And when the whole of so-called civilized society gangs up on one small country, destroying infrastructure that has been built over generations, is it good or bad? Personally I do not like it."

This is not the first time Putin has publicly criticized the NATO-led intervention in Libya. In late March he made international headlines by likening a UN Security Council resolution to enforce a no-fly zone in the country to a "call to a medieval crusade."

"What kind of no-fly zone is this if they are striking palaces every night?" Putin said. "What do they need to bomb palaces for? To drive out the mice?"

A commander of the coalition forces denied earlier on Tuesday claims made by the Libyan authorities that NATO aimed to eliminate Gaddafi. He said the Gaddafi compound was a military compound and therefore a legitimate target for airstrikes.

Putin lashed out at the West for attacking Libya in the interests of oil.

"Libya has the biggest oil resources in Africa and the fourth largest gas resources," Putin said during a news conference in Copenhagen. "It raises the question: isn't that the main object of interest to those operating there."

Russia abstained from the UN Security Council resolution to impose a no-fly zone over Libya. Russian President Dmitry Medvedev has been less critical than Putin of the Libya intervention and publicly called Putin's crusade remarks "unacceptable."

The Russian premier made a further dig at the West in answer to a journalist's question about international media criticism of him running in the 2012 presidential elections.