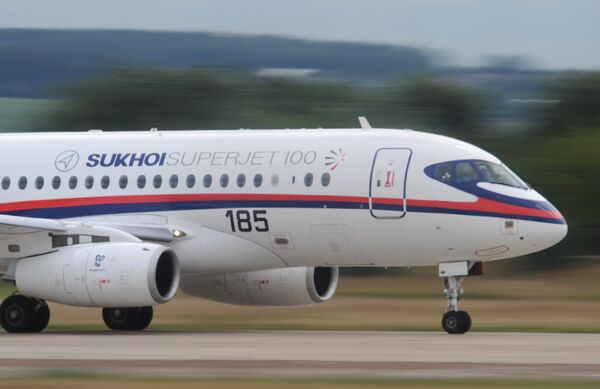 The plane was named after Yury Gagarin, the first man in space, in a glitzy ceremony at Yerevan's Zvartnots airport.

Armavia head Mikhail Bagdasarov said the plane will head for Moscow on its first flight on Wednesday.

Sukhoi currently has over 120 confirmed orders for the Superjet, the bulk from Russia's flagship airline Aeroflot.

The company is seeking to sell at least 800 planes, more than half to foreign airlines.