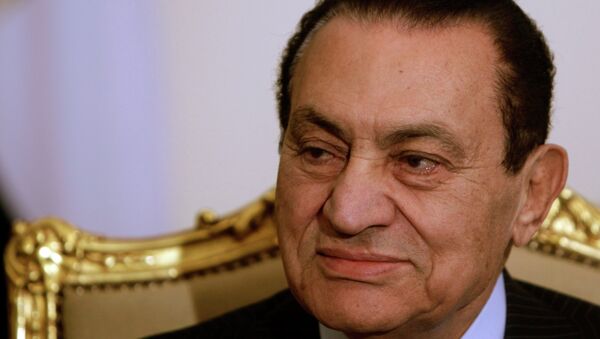 Mubarak and his two sons were detained on Tuesday, following an investigation into corruption and abuse of office allegations.

Along with the allegations of corruption and amassing about $700 million from state funds, Gamal, who was the head of the ruling National Democratic Party's policies committee, is suspected of ordering police forces to open fire on the protesters at Tahrir Square in late January. He is also alleged of the illegal export of gold from Egypt.

The two brothers were interrogated in Tora Prison, outside Cairo. They had not been summoned to the Prosecutor's Office because of the security concerns, Egyptian TV said.

Egyptian media said they could be jailed or hanged if convicted. The trial is expected to last at least one year.

Former President Mubarak stepped down on February 11 after 18 days of large-scale anti-government protests that broke out in Cairo and quickly spread throughout Egypt, leaving more than 350 people dead and about 5,500 injured.