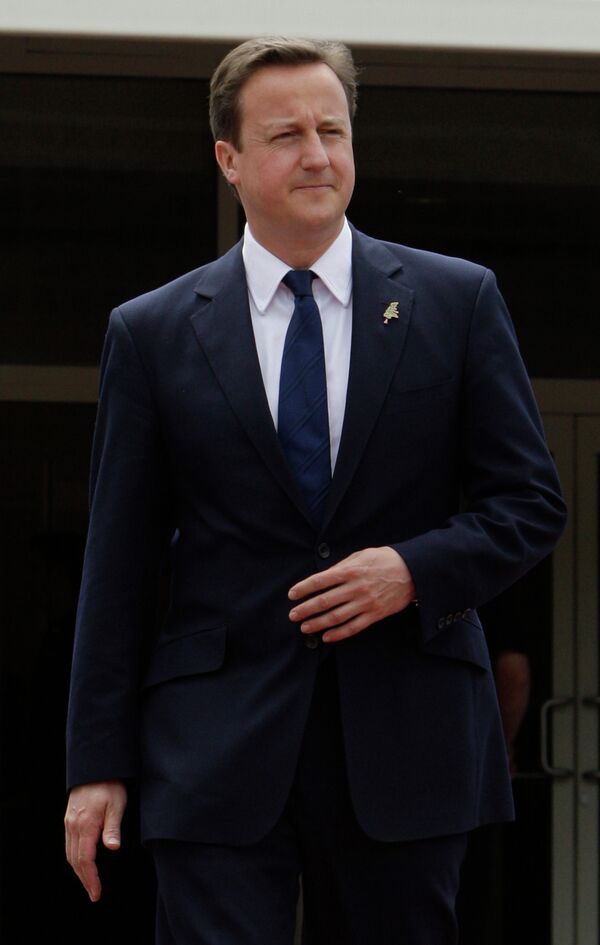 Britain has no plans over the ground campaign in Libya, British Prime Minister David Cameron said on Sunday in an interview with Sky News.

Britain has no plans over the ground campaign in Libya, British Prime Minister David Cameron said on Sunday in an interview with Sky News.

"What we've said is there is no question of invasion or an occupation - this is not about Britain putting boots on the ground. That is not what we're about here," Cameron said.

Cameron's statement came in the wake of recent rumors that France was pushing EU countries to the ground campaign in Libya by sending EU humanitarian-military mission to the troubled North African state.

However French Foreign Minister Alain Juppe has ruled out any military role for the EU humanitarian mission.

"We are very clear we must stick to the terms of the U.N. Security Council resolution. We must keep the support of the Arab world and I think that is very important to make sure this is done the right way," Cameron said.

The UN Security Council adopted a resolution imposing a no-fly zone over Libya on March 17, paving the way for a military operation against embattled Libyan leader Muammar Gaddafi which began two days later. The command of the operation was shifted from a U.S.-led international coalition to NATO in late March.

Despite dozens of sorties carried out by NATO aircraft against Gaddafi's forces, the government troops maintain their combat capability and continue to pound poorly-equipped rebels with heavy artillery and rocket fire.