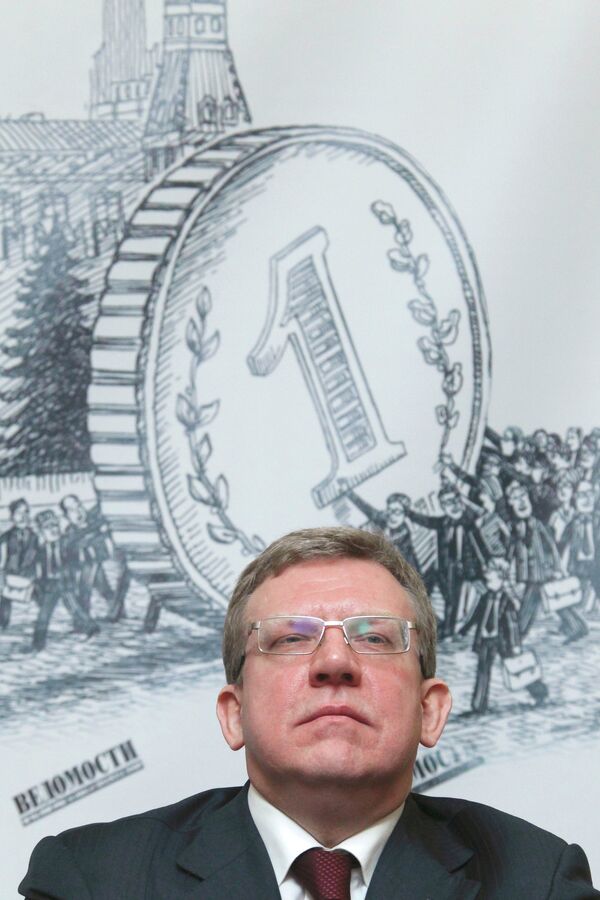 © RIA Novosti . Ruslan Krivobok
/
Go to the photo bank
Subscribe
Russian Finance Minister Alexei Kudrin says he will step down as chairman of the boards of directors of VTB bank and diamond producer Alrosa next week.

Russian Finance Minister Alexei Kudrin plans to step down as chairman of the boards of directors of VTB bank and diamond producer Alrosa next week, he told reporters in Washington.

"Right away next week, when I get back, I will immediately leave VTB and Alrosa. I'll come and turn in my resignation," he said, adding that he would remain on the board of the Deposit Insurance Agency (DIA).

"This does not apply to the DIA - it is a public corporation," said Kudrin, who is also a deputy prime minister.

President Dmitry Medvedev said in late March that government officials should not serve on company boards, demanding that cabinet ministers step down by the end of June. Other high-ranking officials are to go before October. He said the move would lead to better management of state-run companies and improve the investment climate in the country.

Deputy Prime Minister Igor Sechin has resigned as head of the board of directors of Rosneft, while Economic Development Minister Elmira Nabiullina and presidential aide Arkady Dvorkovich withdrew as candidates for election to the Sberbank board of directors.

Sechin, seen as the mastermind of the now-frozen $16 billion share swap and shelf exploration deal between Rosneft and BP, is responsible for Russia's huge energy sector.