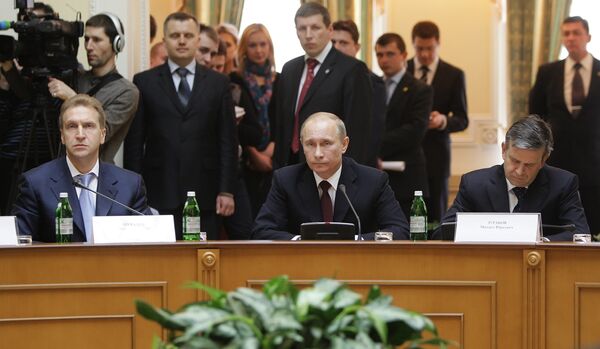 Ukraine should participate in the construction of the Vostochny Space Center in Russia's Far East, Prime Minister Vladimir Putin said in Kiev on Tuesday.

Russia currently uses two launch sites: Baikonur in Kazakhstan, which it has leased since the end of the Soviet Union, and Plesetsk in northwest Russia.

"You can join at the first stage," the prime minister said at a meeting with Ukrainian President Viktor Yanukovych.

Yanukovych, in response, said there were good prospects for Russian-Ukrainian space cooperation.

The Russian government intends to spend 24.7 billion rubles (around $800 million) on the construction of the Vostochny Space Center, billed as a "new stage in the development of Russian cosmonautics."

The vast facility will eventually include two launch pads, a training center and oxygen and hydrogen generation plants.

Vostochny is scheduled to be put into operation in 2015 and will initially be used for launching cargo spacecraft and satellites. Manned spacecraft will be launched from the space center starting 2018.