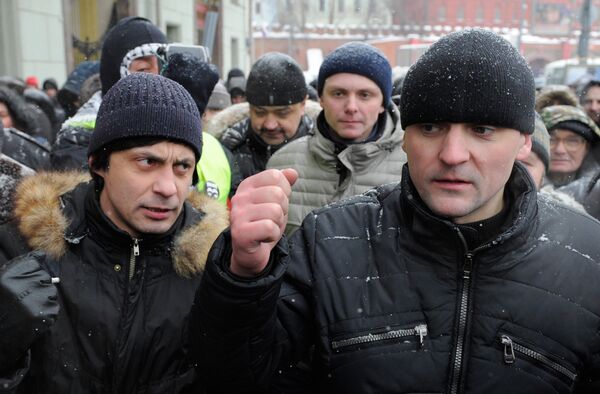 The action being held in Revolution Square is being attended by opposition activist, coordinator of the Left Front movement, Sergei Udaltsov, a leading protester against a controversial highway through the Khimki forest on the edge of Moscow, Yevgeniya Chirikova, and representatives of other public organizations.

The protesters are intending to demand direct elections of governors in Russian regions, the transfer of real power to the bodies of local self-government, expansion of the rights of trade unions, the introduction of a progressive income tax scale and a luxury tax, an effective migration policy, a review of the Moscow master plan, protection of the Khimki forest and other issues.

The rally is the second action authorized by the Moscow authorities this year.

Requests to authorize the Day of Wrath rallies were invariably turned down by the Moscow authorities in the past, while unauthorized protests were dispersed by police.