Russia looks to grab half of world space launch market 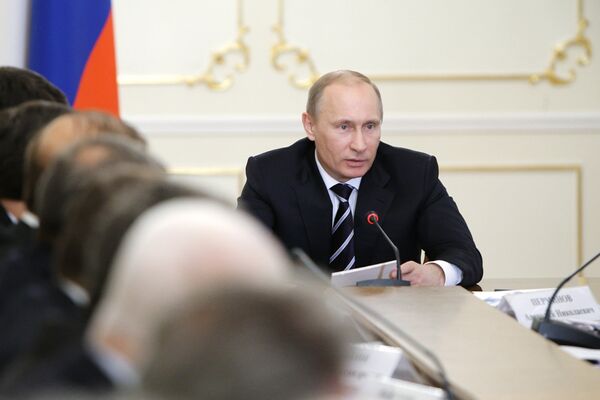 © RIA Novosti . Alexei Nikolskiy
/
Go to the mediabank
Subscribe
International
India
Africa
Russia needs to increase its presence on the global space market and increase its share of launches from 40% to 50%, Prime Minister Vladimir Putin said on Thursday.

Russia needs to increase its presence on the global space market and increase its share of launches from 40% to 50%, Prime Minister Vladimir Putin said on Thursday.

"Our country presently provides up to 40% of all space launches in the world. I believe it is well within our power to increase this share by another 5% or maybe even 10%," he said.

He stressed, however, that Russia should not confine itself to the role of an "international space cabbie."

"We need to expand our presence on the global space market, which, incidentally, has grown 150% since 2003 and is now worth around $200 billion. That's big business," Putin said.

Russia currently has over 100 satellites in orbit and will continue to increase their number, he added.

Putin also said the government earmarked about 200 billion rubles ($7 billion) in funding for space programs in 2010-11.

"In the far-from-easy post-crisis conditions we are increasing the volume of funding for our space programs," he said.

Putin said Russia would develop a whole range of new capabilities over the next five years.

This requires a "deep modernization" of space industry enterprises, as well as significant investment in R&D programs, the prime minister said.

Putin ordered the Russian space agency Roscosmos, in conjunction with the Russian Academy of Sciences, to draw up long-term space research plans by this August.