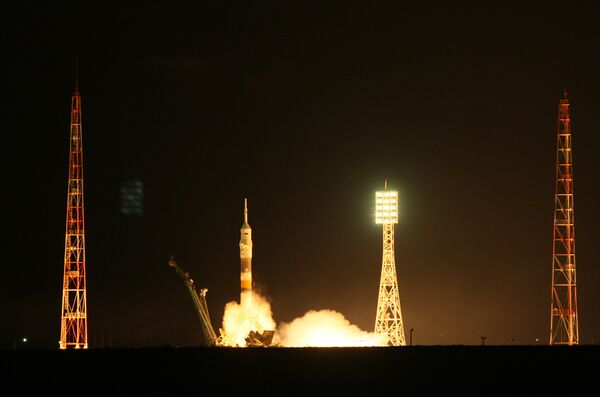 The spacecraft, carrying Russian cosmonauts Alexander Samokutyayev and Andrei Borisenko, and U.S. astronaut Ronald Garan docked with the Pirs module of the ISS in automatic regime.

The new ISS crewmembers blasted off from the Baikonur space center in Kazakhstan on Tuesday and will stay on board the space station for about 160 days.

After a series of safety procedures, the airlocks on the craft and the station will be opened, and the arriving team will join the current crew comprising Russian cosmonaut Dmitry Kondratyev, European Space Agency astronaut Paolo Nespoli and NASA astronaut Catherine Coleman.

The launch of the TMA-21, named 'Gagarin' to commemorate the 50th anniversary of Yury Gagarin's space flight, was originally scheduled for March 30 but was postponed due to technical problems.