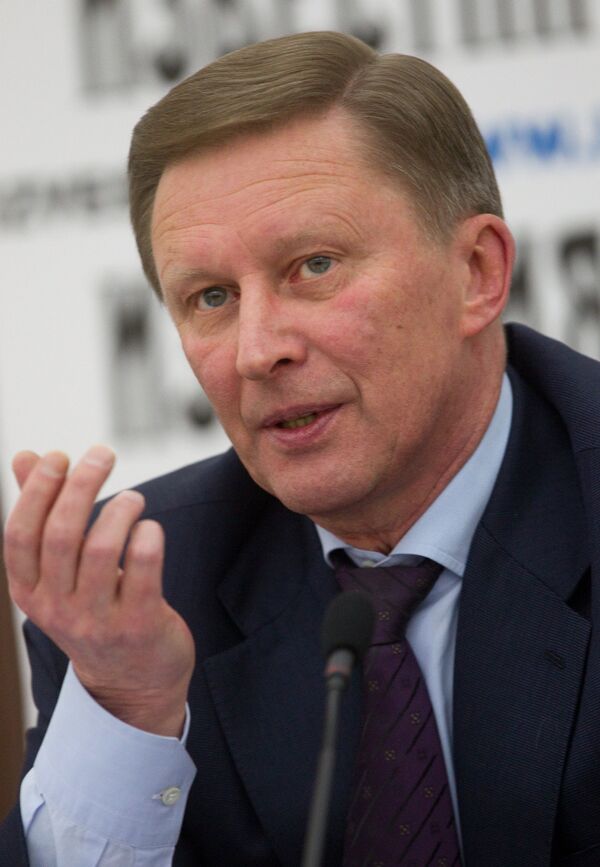 Russia views an unrest in the Middle East, particularly in major oil exporting countries, as a threat to its interests, Russian Deputy Prime Minister Sergei Ivanov said on Wednesday.

"We would like the situation to stabilize, because otherwise it will affect our interests, including those in the oil sphere," Ivanov told Russian journalists in Washington after talks with high-ranking U.S. officials.

"I think such conflicts, which result in instability and an inevitable sharp increase in energy prices, are not beneficial for Russia. Stable prices would be more beneficial for us," he said.

Global oil prices have seen a sharp increase since a wave of unrest hit the Middle East several months ago, toppling authoritarian regimes in Tunisia and Egypt and sparking a civil war in Libya.

Oil prices rose to two and a half year highs on Tuesday, with Brent crude exceeding $122 a barrel. Some experts have predicted that oil prices may skyrocket to over $200 per barrel if political chaos in the Middle East continues.

Ivanov said the U.S. side had touched upon the Libya issue during the talks in Washington in order to learn Russia's opinion on possible scenarios of the unrest in the North African country. Among the worst scenarios he named the "Somalization" of Libya, which means it would split into several states with weak governments unable to prevent the spread in criminality and maritime piracy.

The unrest in Libya has already claimed thousands of lives, and clashes continue between rebels and loyalists of Libyan leader Muammar Gaddafi, being interrupted by NATO airstrikes. The UN Security Council passed a resolution imposing a no-fly zone over Libya and authorizing a military action against Gaddafi in mid-March.