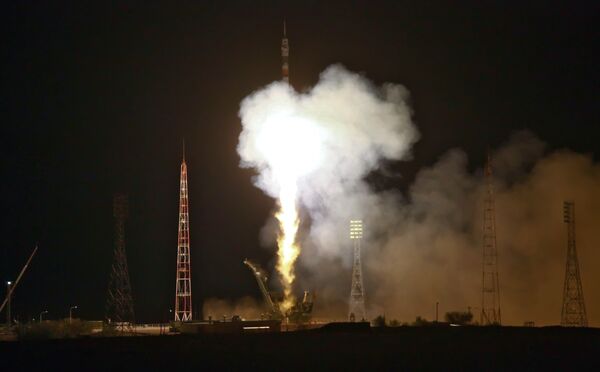 Russia's Soyuz TMA-21 piloted spacecraft has been launched early on Tuesday to the International Space Station.

The spacecraft atop a Soyuz-FG carrier rocket blasted off at 2:18 Moscow time (22:18 GMT Monday) from the Baikonur space center in Kazakhstan.

The Soyuz TMA-21 has later reached its designated orbit after separating from the carrier rocket and is scheduled to dock with the ISS on April 7 at 3:18 Moscow time (23:18 GMT, April 6).

The launch of the TMA-21, named 'Gagarin' to commemorate the 50th anniversary of Yury Gagarin's space flight, was originally scheduled for March 30 but was postponed due to technical problems.