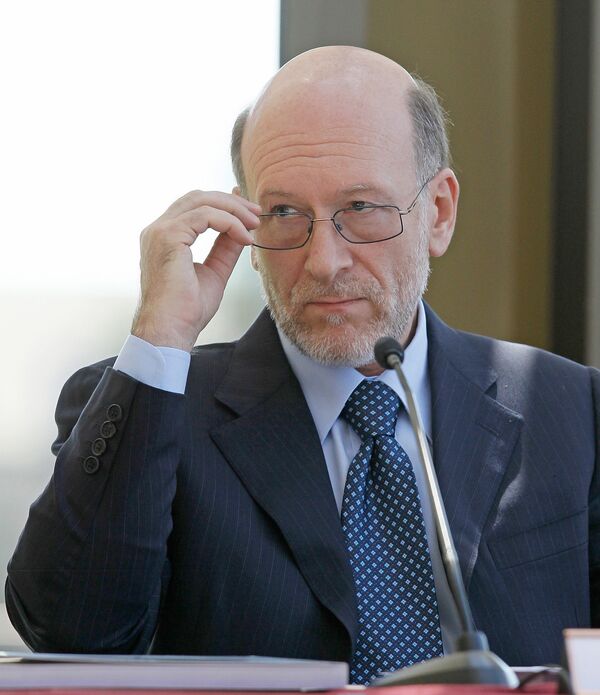 RusAl, a major shareholder in Norilsk Nickel controlled by Russian billionaire Oleg Deripaska, and Interros, the investment arm of another Russian billionaire Vladimir Potanin, have long been fighting for control of Norilsk Nickel. RusAl says the Norilsk board became dominated by officials linked with Interros after the AGM last June, where RusAl lost one board seat, while Interros increased its representation.

RusAl initiated an extraordinary shareholders' meeting on March 11 to re-elect the board and reinstate Voloshin. His candidacy was supported by both RusAl and Interros. Voloshin was nominated by RusAl as an independent director.

As a result of the March EGM, Interros received four seats on the board of the mining firm, while RusAl's presence on the board was cut to two. Norilsk management also got two seats.

Norilsk's next AGM will be held on June 21.