The bell tolls for Strategy 31 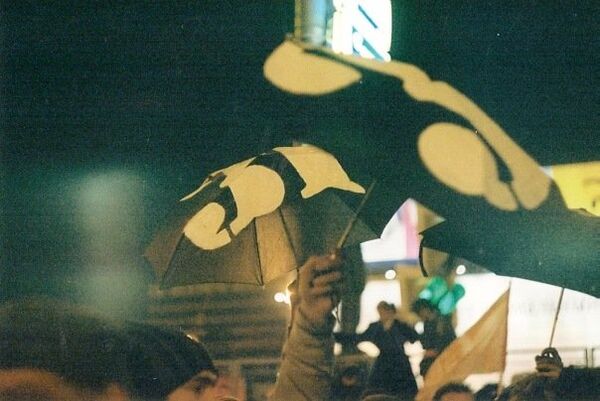 © Photo : Valentin Ognev
Subscribe
After several months when the pressure for political change in Russia seemed to be building, Russia's fledging protest movement has come a cropper, a victim of a logical cul-de-sac.

After several months when the pressure for political change in Russia seemed to be building, Russia's fledging protest movement has come a cropper, a victim of a logical cul-de-sac.

It was unusually quiet in Moscow's Pushkin Square today as I joined hundreds of others to sound the funeral bell for Strategy 31.

The 31-ers have been coming out on the 31st of the month, a date symbolizing the right to freedom of assembly guaranteed in Article 31 of Russia's constitution.

But now, more than two years after it emerged, Strategy 31 is no more.

Many factors have been at play here. There's been a growing rift between its kingpins, characterized by their increasingly sour public discourse. But above all, the 31-ers have failed to turn themselves into anything more than a thing of shreds and patches - the result of a shaky coalition of forces brought together in a brief, unhappy marriage of convenience.

And now, seemingly inevitably, it has exhausted its primary cause.

I don't know if Moscow's city government knew what they were doing - and I rather hope they didn't because that would mean that they actually understand something - but in allowing the protests after trying every trick to stop them taking place, they drove the 31-ers into a logical dead-end: What's with all this shouting? We let you protest, didn't we? Go on then.

The kernel of bitter truth in this is confirmed by the 31-ers themselves.

"I think it's silly to call for freedom of assembly at a protest that has been permitted," Lev Ponomarev, a veteran human rights activist, wrote on his blog earlier this week.

And even as Strategy 31 blew itself out, the powers-that-be still turned out, as they always have done, to make sure the protest was not unopposed. An apparent activist from Nashi - the Kremlin's fanatical youth organization - grinned at me when the crowd's mysterious ways brought us together: "What's all this for? Why are you shouting into the wind?"

"So that there'll be fewer like you," was my reply.

And while violence is not the best solution to anything, for the rest of that rally I regretted not backing my words up with actions.