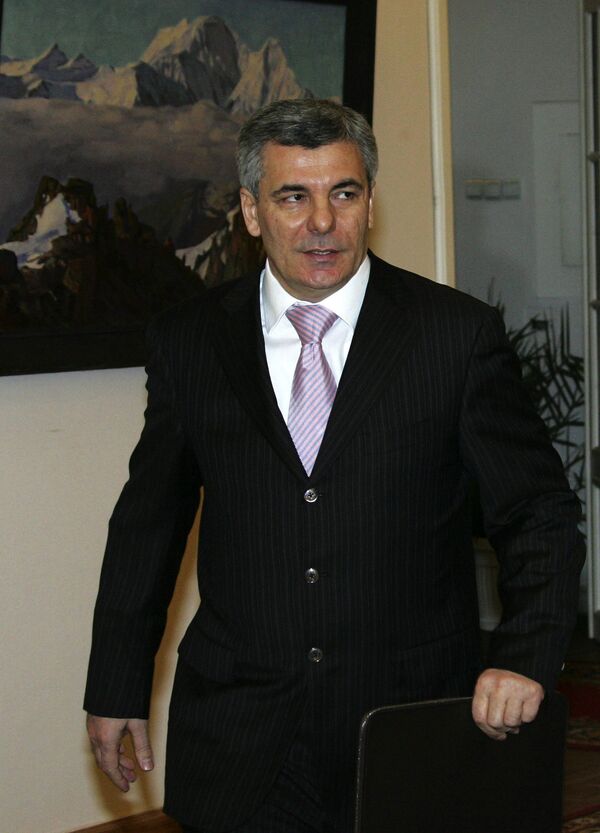 The head of Russia's North Caucasus republic of Kabardino-Balkaria called Thursday on militants to surrender and resume living normal lives.

Arsen Kanokov's call comes after the parents of suspected members of "illegal armed groups" appealed to them, on March 22, to lay down their arms and turn themselves in to law enforcement.

"This appeal is definitely supported by the government and society. This move by their parents points to their sense of responsibility to the republic's residents... and helps stabilize the situation in Kabardino-Balkaria," Kanokov said.

He said during a meeting with the relatives of the wanted men that if they turned themselves in, he would guarantee them an objective investigation and a fair trial, open to the public and independent observers.

"This is very important because there are people among members of illegal armed formations who have not committed serious crimes and who have no blood on their hands," the president said.

It was not immediately clear whether those who had committed crimes would be treated with any leniency nor did Kanokov hold out the prospect of amnesty.

Earlier this month Valery Ustov, chief of the Federal Investigative Committee Directorate for Kabardino-Balkaria, said 52 members of "the underground" were wanted for "grave and especially grave crimes," 10 of them being on an international wanted list.

Prior to that Ustov said there were about 60 militants in the republic, ready "to kill and bomb."

Eight of the 28 murders registered in the republic since the start of the year were committed by members of "underground bandit groups," he said.

Three of the killings occurred in mid-February when gunmen attacked a minibus carrying tourists to a ski resort. The presidential envoy to the North Caucasus, Alexander Khloponin, said on Thursday that businessmen were funding the militants by paying them "tributes" to ensure their resorts were not targeted.