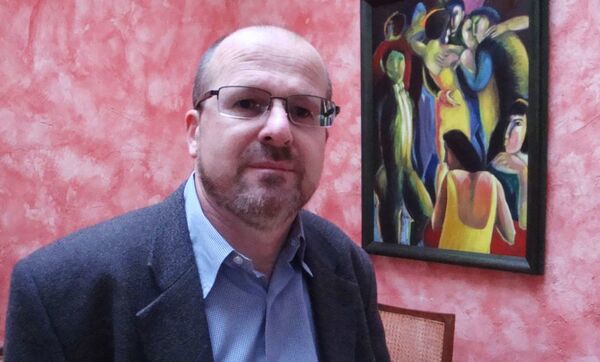 Despite warm words and partnership rhetoric, Obama’s brief mid-March trip to three Latin American nations was a huge disappointment. On immigration reform, the U.S. President offered no ideas for how he might move long-stalled legislation in Congress. On trade and investment, there was not much beyond lukewarm promises.

The Brazilians are particularly incensed by the barriers against their products, like ethanol, beef, cotton, orange juice and steel. None of their demands on agricultural subsidies, tariffs and intellectual property rights were seriously met. With regard to Brazil’s bid for a permanent seat on the UN Security Council, Obama stayed annoyingly vague and noncommittal.

Even in friendly Chile, a solid ally of Washington, he failed to raise any enthusiasm. “‘Veni, vidi, vici’ was Caesar’s tweet to Rome after a victory. Veni, vidi, niente, nothing, nada, will be Obama's after Chile,” complained José Piñera, brother of former labor minister President Sebastián Piñera’s, on his twitter account.

Both leftist and conservative governments seem to agree that nothing substantial was delivered on the economic and political front. One could have at least expected that a leader known for his gregarious charm and cosmopolitan demeanor would have scored some points at the symbolic level.

As a matter of fact, Obama is quite popular across the region, and his election has substantially improved the standing of his country. A survey released in 2010 by the Chile-based Latinobarómetro polling firm shows that 74% of Latin Americans have a good image of the United States – the highest percentage since the first poll was first carried out in 1997.

This popularity can also be seen in the weakness of the mobilizations against Obama’s visit. In spite of a controversial Libyan intervention formally launched from Brasilia –a blunder that deeply offended the Brazilian authorities, though they maintained their diplomatic courtesy–, there were only 500 protesters in Rio de Janeiro on March 20th. Not many more showed up in Santiago de Chile the next day.

Obama could have enhanced this political capital by making some strong emblematic gestures. In Brazil, the U.S. President is even more popular among blacks than among whites and is seen as an inspiration by millions of people of African descent. But apart from a few tepid and perfunctory mentions of Martin Luther King and the all-inclusive character of the American dream, he did not offer the vibrant narrative that this sympathetic multiracial crowd anticipated.
In fact, Obama didn’t address the Brazilian crowd at all. He was supposed to talk at the Cinelândia plaza, a famous Rio landmark where some 20,000 people were expected to watch his speech. The Secret Service’s security concerns forced him indoors, in a municipal theater attended by a mostly white upper-class audience in formal attire.

In Chile, a local reporter asked him if the U.S. government would aid investigations of the Pinochet era and “ask for forgiveness for what it did in those very difficult years in the ’70s.” Obama’s answer could not have been more tone-deaf. “Any requests that are made by Chile to obtain more information about the past is something that we will certainly consider,” he said. “I think it’s important though for us, even as we understand our history and gain clarity about our history, that we’re not trapped by our history.”

Salvadorans do not want to be “trapped by history” any more than the Chileans do, but they wish for a minimal acknowledgement of the responsibility of the U.S. government in the brutal 1980-1992 civil war that took the life of 75,000 of their fellow citizens. According to a report by the United Nations Truth Commission, the Salvadoran regime supported, armed and financed by Washington was responsible for 95% of those deaths.
During his stay in San Salvador, Obama did visit the tomb of Archbishop Oscar Romero, a champion of human rights slain by a right-wing death squad in 1980. But though the plague of drug-related crime sweeping Central America topped their agenda, neither the President nor any U.S. official accepted a meeting with El Salvador’s Public Security Minister, Manuel Melgar.

Melgar was a guerrilla chief in the leftist insurgency that is now part of the coalition government. He is suspected by the U.S. authorities of complicity in the 1985 killing of four U.S. Marines who were dining at an up market restaurant in San Salvador. Many Salvadorans resent Washington’s obsession with Melgar and its ideological bias, since people involved in financing death squads and slaughtering thousands of civilians are still received as guests of honor at the U.S. Embassy.

So who is trapped by history? During the whole trip, Obama seemed to be trapped himself, prisoner of the protectionist lobbies at home, hostage to a hate mongering right-wing majority in Congress, severely restrained by his Secret Service and above all, captive of his own pusillanimity. In other words: no audacity and a very meager measure of hope.

Left at the Crossroads: Pakistan’s schizoid path to darkness

Left at the Crossroads: And what about Iran?

Left at the Crossroads: Revolutions and the new media

Left at the Crossroads: The tiger and the cage

Left at the Crossroads: Tunisia and the quality of Arab despair

Left at the Crossroads: Turkish paradoxes

Left at the Crossroads: The last tango in Delhi

Left at the Crossroads: Cuban reform and the international scene

Left at the Crossroads: Asian ambiguities and the new Great Game

Left at the Crossroads: Pension reform – what the French really want

Left at the Crossroads: World’s next hotspot – Kashmir

Left at the Crossroads: Ogling the poor

Left at the Crossroads: Remaking the mob in Latin America

Globalization might already sound like a stale catchword, but the new interconnected reality it describes still has surprising tricks up its sleeves. So what do you do when you’re a leftish French writer born in Africa and living in South America, with a background in Slavic Studies, a worried fascination for emerging Asian powers, and interests ranging from classical political philosophy to Bollywood film music? Read, travel, wonder. And send scattered dispatches from modernity’s frontlines.

Marc Saint-Upéry is a French journalist and political analyst living in Ecuador since 1998. He writes about political philosophy, international relations and development issues for various French and Latin American publications and in the international magazines Le Monde Diplomatique and Nueva Sociedad. He is the author of El Sueño de Bolívar: El Desafío de las izquierdas Sudamericanas (Bolivar’s Dream: the Left’s challenge in South America).