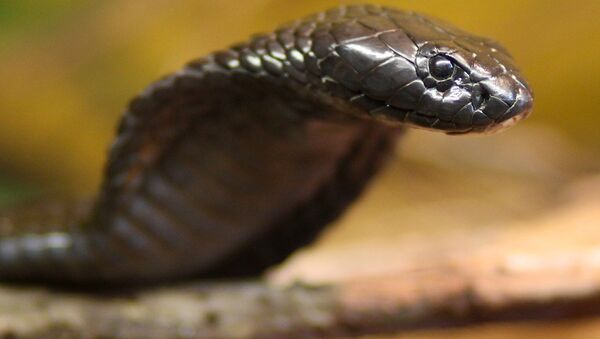 A 20-inch-long venomous Egyptian cobra, which disappeared from the Bronx Zoo earlier, suddenly showed up on Twitter attracting thousands of fans.

The reptile, whose venom affects the nervous system and may cause death due to respiratory failure, has been missing since Friday.

The zookeepers believe the snake may be hiding somewhere in the confines of the Reptile House of the Bronx Zoo.

Meanwhile, someone opened a Twitter account @BronxZoosCobra describing the adventures of the runaway snake on the streets of New York City.

The account has attracted more than 40,000 fans and the number continues to grow.

In the tweets, which there are currently 38, @BronxZoosCobra asks for some advice ("I should take in a Broadway show. Anyone heard anything about this "Spiderman" musical?"), tells of a visit to Wall Street ("Leaving Wall Street. These guys make my skin crawl"), criticizes local artists ("Just me or is every sketch artist displaying the EXACT same sketch of John Lennon & Marilyn Monroe as examples of their work? Seems sketchy") and complains of the chilly weather ("It's getting pretty cold out. I think it's probably time to crash. Oh look, an apartment window someone left open just a crack. Perfect!").