Sheremetyevo, Vnukovo airports to be merged and privatized says Putin 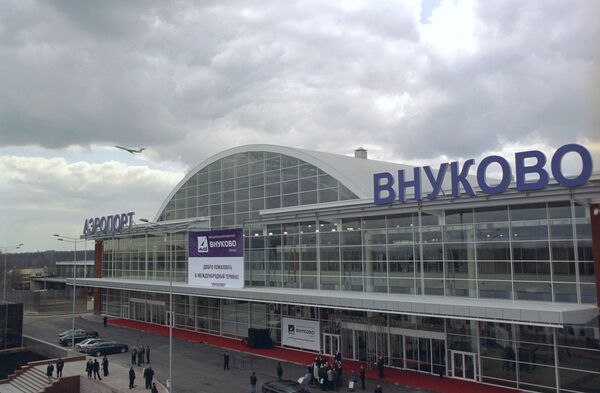 © RIA Novosti . Alexandr Polyakov
/
Go to the photo bank
Subscribe
Two of Moscow's main airports, Vnukovo and Sheremetyevo, are to be merged and sold as part of the country's privatization program, Russian Prime Minister Vladimir Putin said on Monday.

Two of Moscow's main airports, Vnukovo and Sheremetyevo, are to be merged and sold as part of the country's privatization program, Russian Prime Minister Vladimir Putin said on Monday.

"Together with the Moscow mayor, Transport Minister and Finance Ministry officials we have agreed to unify Sheremetyevo airport, in which the Russian government holds a 100% stake and Vnukovo airport, where the Moscow government holds a 75% stake into one system. According to preliminary estimates, this will cost several tens of billions of rubles," Putin told a government meeting.

"I would like to note that the state has no aim of keeping the assets forever. This is a step aimed at the creation of a unified complex, equipping it and then moving it to the market at an appropriate market price and privatizing it."

Sheremetyevo is Moscow's second largest airport. In 2010, it was Europe's fastest growing airport by number of passengers among airports which service 15 to 25 million passengers a year, with growth of 31%, according to ACI Europe, International Airport Council - European Division.

Earlier in March its CEO said the airport intended to develop its cargo and non-aviation services as well as improve passenger service quality.

Vnukovo has said it is building a terminal which would be Moscow's largest. It can now handle 35 million people, while last year's passenger flow was 9.5 million.

Their main rival, Moscow's top airport Domodedovo, plans to raise up to $1 billion in an initial public offering this year.