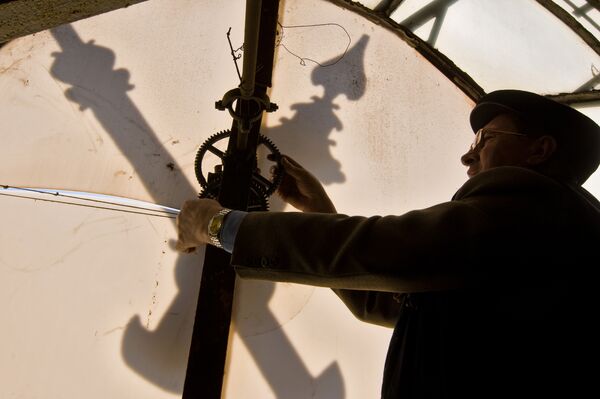 Russians set their clocks forward one hour for the last time early on Sunday and would not switch to winter time anymore following a relevant presidential decree signed last month.

Russians set their clocks forward one hour for the last time early on Sunday and would not switch to winter time anymore following a relevant presidential decree signed last month.

Each of Russia's nine time zones put their clocks forward by one hour at 2 am local time.

The first recorded time change in Russia was in 1917. Since then it has undergone several time change reforms. The country has observed daylight saving time since 1981.

Russian President Dmitry Medvedev said in February that the decision to switch to "permanent summer time" was made after studies showed that daylight saving puts an unnecessary strain on public health.

Doctors, however, have argued whether switching to DST and back is harmful to people's health, with some saying the switch deteriorates the condition of people with cardiovascular diseases and unstable psyche, and others denying that any serious harm could be inflicted.

A poll conducted in Russia in February showed that some 60% of Russians support the decision to scrap the annual shift to winter time.

On Friday, the deputy head of Russia's metrology agency (RosStandard) suggested that this would not be Russia's last time change.

"Since 1916, countries have been 'experimenting' with time and I think the process is likely to continue," Vladimir Krutikov said.

The number of time zones in Russia was reduced to 9 from 11 in March last year as part of Russia's time zone reform initiated by Medvedev in November 2009.