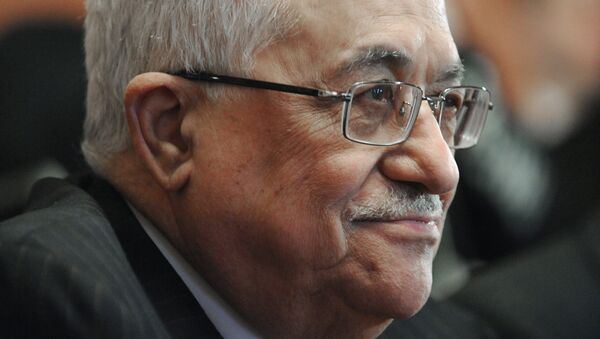 "There will be no peace, which could guarantee the creation of a Palestinian state with the capital in Jerusalem without the end of the split and national reconciliation," Abbas told the Hamas delegation headed by parliamentary speaker Aziz Dweik.

On March 16, Abbas announced his willingness to visit Gaza for reconciliation talks. The visit will be the first one since Hamas ousted Fatah from Gaza in 2007, seizing power in the enclave.

Abbas also said that Hamas and Fatah should stand together against Palestinian problems, including the continuing Israeli aggression and threat of invasion into Gaza.

After the meeting, which took place for the first time in almost two years, Dweik told reporters that it was held in a "positive atmosphere" and promised that Hamas will step up preparations for Abbas' visit to Gaza.