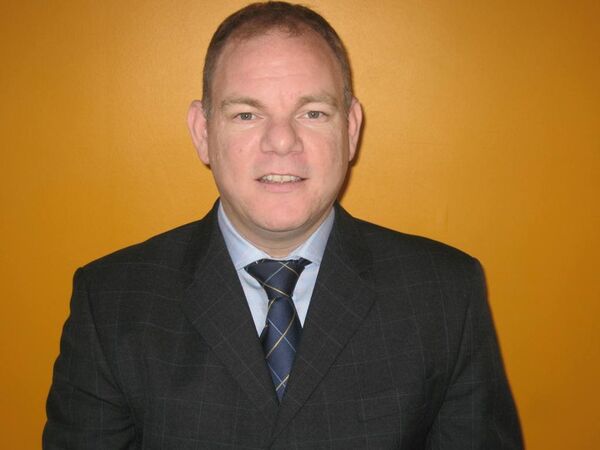 Despite the technological quantum leap mankind has made over the past 100 years or so, the world of banking has made little progress.

Despite the technological quantum leap mankind has made over the past 100 years or so, the world of banking has made little progress.  In fact, in the last 10 -15 years, the financial sector has become a bloated beast, weighing heavily on the real economy and sucking the savings and profits out of the real economy and into the speculative one.

There should be separation between investment banks and commercial banks.  Banks should be service providers, not opaque intermediaries.  The tenants that existed in the 1930s and drove the adoption of the Glass-Steagall Act still exist today.  The Glass-Steagall Act, repealed in 1999, was designed to keep banking activity separated into two main groups: commercial banking and investment banking.

Commercial banks usually take deposits and make loans via credit expansion to the real economy, while investment banks manage people’s investments.  Today the lines are blurred. In the early 20th century, this blurring led to the collapse of a large chunk of the commercial banking system.  Commercial banks have investment banking arms, which operate in the speculative economy, fed by speculative credit. In a deflationary cycle, the highly leveraged assets deflate, and the creation of more speculative credit becomes ineffectual because there are no assets to back the credit, and it becomes worthless. Japan will likely send the world into a deflationary banking collapse.  Any attempt at more speculative quantitative easing will only stoke the fire.

Since the Glass-Steagall Act was repealed, speculative credit expansion has become turbo charged.  Instead of commercial banks creating money in the form of loans to service the real economy, they have begun creating credit for investment banks, which has been used to speculate on pretty much every asset class, be it real-estate, commodities, stocks, bonds or any other form of financial paper, all over the world.  In many cases, commercial banks and investment banks are the same organization. This has caused asset bubbles, or financial time bombs, not due to growth, but due to speculation.  It is not a law of nature that commercial banks should be the institutions creating and allocating the money supply via credit.  It is a public privilege granted to these banks, on the implicit understanding that they do not use it against the public interest.

There used to be a time when banks gave depositors incentives to put their money in the bank rather than under the mattress at home.  In fact banks used to pay interest and provide service to their customers.  Today it seems banks pay almost no interest, and charge fees for every kind of service possible.  We would be better putting our money under the mattress, except that most people have no money to save, and in many cases owe more than they own.

Japan’s disaster will very quickly become the world’s disaster.  Japanese banks have been teetering on the brink of insolvency for more than 10 years.  In the 1990s, quantitative easing was supposed to inject newly printed fiat currency into Japanese markets, but Japan’s real-estate prices have been in decline for at least the past 10 years.  The cycle of quantitative easing by the Federal Reserve and the Bank of England has also failed to help the real economy.  The reason for its failure is that real assets are deflating while banks are hording the credit created from the quantitative easing to cover huge speculative holes in their balance sheets. The gap between real value and notional value on bank balance sheets has become so large, that it is akin to trying to fill in the Grand Canyon with a bucket and spade.

Japan will have to raise money to rebuild.  In the short term, that is going to mean selling assets, mostly foreign ones.  Global capital flows are going to be interrupted at the very least, and assets are going to be put under pressure.  These could all lead to deflation, in the form of asset price collapse, and cause another global banking crisis.

Regulators and banks have been pretending that the problem of insolvent banks does not exist.  The disruption of capital flows that will result from Japans crisis will feed a global banking crisis.  Whether regulators, banks and governments continue to pretend the problem of insolvent banks does not exist is largely irrelevant, because the insolvent banks will be swept away. It is not a case of bringing back Glass-Steagall to the current banking system.  The question is, when we rebuild, will we create a sustainable banking system in the public’s best interest that is fed with organic credit rather than genetically modified credit?  This will mean a paradigm shift in the way all banks behave, and more importantly, are regulated.

Global Markets are anything but integrated. What if we had a paradigm shift in the way we think, the way we actually do business with each other, between nations. Balanced global trade can only occur if we have transparent, accessible, efficient markets, with standardized contracts and on a standardized platform of global exchange. We are on the cusp of achieving this, although most people cannot see it. Sam’s Exchange aims to give its readers a clearer view and a platform for discussion. Markets, trade and economics are in fact nothing more than the result of our thoughts and actions expressed in numbers, not the reverse.

Sam Barden is CEO of SBI Markets General Trading LLC, a Dubai-registered trading and advisory company. Barden, 39, has worked in the global financial markets for more than 17 years in Europe, Russia and the Middle East. He has advised and executed strategic transactions for both the government and private sector, in particular in energy and commodity markets, advising various energy producing nations on their strategic market developments and interaction. He holds a degree in economics and finance from Victoria University, Melbourne, Australia.