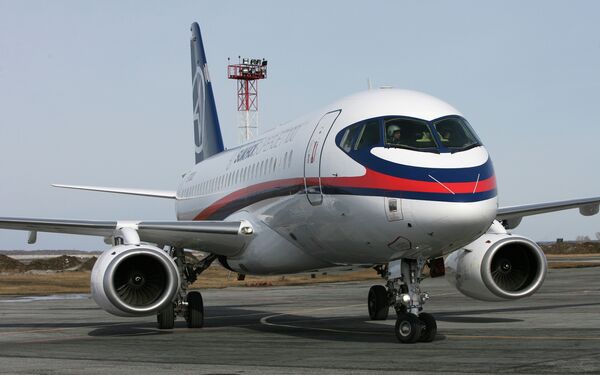 The flight will take place on the 50th anniversary of the day that Yury Gagarin became the first man in space.

The Superjet 100 is a family of medium-haul passenger aircraft developed by Sukhoi in cooperation with U.S. and European aviation corporations, including Boeing, Snecma, Thales, Messier Dowty, Liebherr Aerospace and Honeywell. The aircraft is capable of carrying 75-98 passengers up to 4,400 kilometers.

Sukhoi plans to manufacture at least 700 Superjet 100s and intends to sell 35 percent of them to North America, 25 percent to Europe, 10 percent to Latin America, and 7 percent to Russia and China.

Sukhoi currently has at least 122 firm orders for its Superjet 100 airliners.