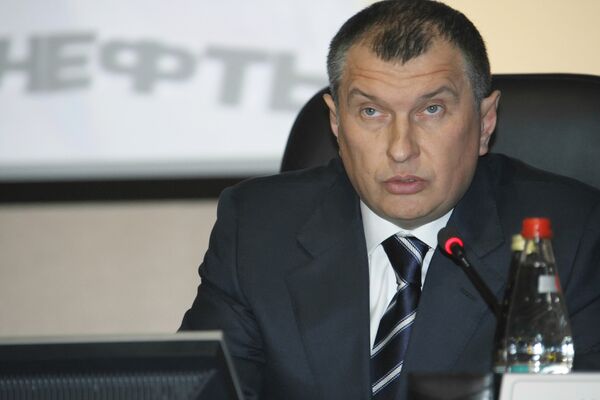 Russia plans to double oil exports to Japan to 18 million metric tons and increase oil product supply by 28.5% to 4.5 million tons in 2011 to help the country recover from a devastating earthquake and tsunami, Russian Deputy Prime Minister Igor Sechin said on Tuesday.

"Oil exports to Japan will double in 2011 to 18 million tons," Sechin said. He adding that exports of oil products would grow by 1 million tons to 4.5 million tons.

Russia has also proposed that Japan cooperate in the development of the east Siberian Kovykta gas condensate field and the Chayanda oil and gas condensate deposit in the republic of Yakutia in northeast Russia, he said.

Japan is facing a shortage of power after a 9.0 magnitude earthquake and an ensuing tsunami struck the country on March 11 and forced the Japanese authorities to shut down some of the country's nuclear power plants and resort to rolling blackouts.

Japan is the world's fourth largest energy consumer and has almost no energy resources of its own. The country annually consumes about 80 billion cubic meters of natural gas, which accounts for about 15% of its overall energy consumption. It is also the world's biggest importer of  liquefied natural gas.

Alexander Medvedev, Gazprom deputy CEO, has said the resource base of the Kovykta field is so large that it can both meet China's needs and provide necessary volumes for gas liquefaction.

Medvedev said that the forms of Japanese participation in the gas production and processing projects were currently under discussion and added that they should be economically efficient.

He also said that the participation of Japanese companies in the development of the Kovykta and Chayanda fields would allow Japan to solve strategic energy problems.

"We are also offering Japan participation in Russian oil refinement projects. I can say we have almost come to an agreement," Sechin said.

"We have agreed that we will boost energy supplies to Japan in the short term. The first tanker is already on its way and 100,000 tons of LNG have already been redirected to Japan," Sechin said.