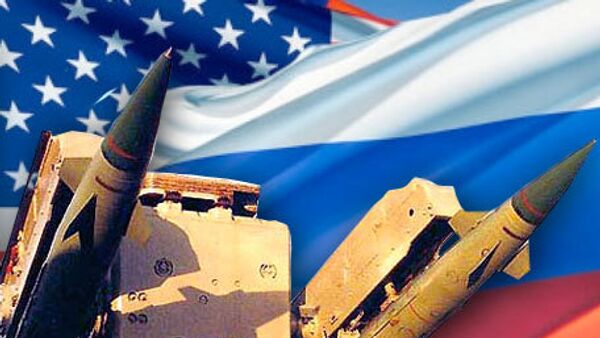 The United States and Russia have begun exchanging information on their nuclear stockpiles under a new U.S.-Russian arms reduction treaty.

The United States and Russia have begun exchanging information on their nuclear stockpiles under a new U.S.-Russian arms reduction treaty, a senior U.S. official said.

"With entry into force of the Treaty, we have begun implementing an extensive regime of mutual monitoring and information exchange," Rose Gottemoeller, the Assistant Secretary of State for Arms Control, Verification and Compliance, said.

"Our Nuclear Risk Reduction Center transmitted the U.S. database to Russia over this past weekend. Such information includes data on the Parties' missiles, launchers, heavy bombers, and warheads subject to the Treaty," she added.

Under the new arms control deal, which replaces the expired START 1 agreement, the sides are to hold their first information exchange within 45 days after it came into force on February 5. Data exchanges are to be held every six months.

The right to begin conducting on-site inspections officially begins 60 days after the treaty's entry into force, which is April 6, Gottemoeller said. However, she said, the United States has already conducted an exhibition of the B-1B heavy bomber at Davis Monthan Air Force Base in Arizona on March 18 and an exhibition of Russia's newest intercontinental ballistic missile, the RS-24 Yars, is ongoing.

"On-site inspections are a vital complement to the data exchanged. They provide the "boots on the ground" presence to confirm the validity of data declarations, thus helping to verify compliance with Treaty obligations, as well as adding to our confidence and knowledge regarding Russian strategic forces located at those facilities," she said, adding "the same is true for Russia, since all Treaty measures are reciprocal."

The new treaty on strategic arms reduction, signed in April 2010 by the presidents of Russia and the United States, Dmitry Medvedev and Barack Obama, trims nuclear arsenals of both nations to a maximum of 1,550 nuclear warheads, down from the current ceiling of 2,200. The treaty was ratified by the U.S. Congress in December and by the Russian parliament in January.