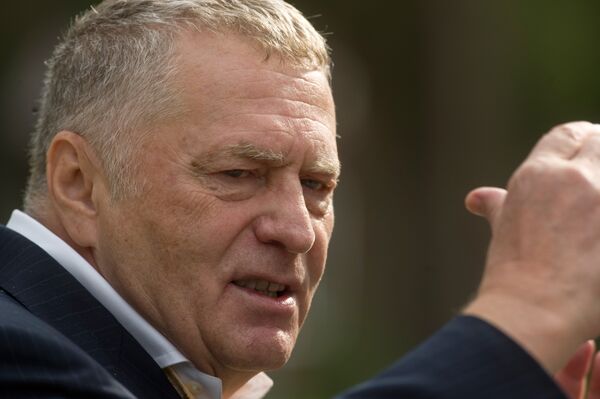 Vladimir Zhirinovsky, the colorful and flamboyant leader of Russia's LDPR party, on Saturday called on the Muslim world to unite and support Libyan strongman Muammar Gaddafi.

"LDPR turns to all the people of the Muslim countries and urges them to unite and show solidarity with Muammar Gaddafi. The leadership of these countries should make a joint stand against NATO's military efforts in Libya," a statement by Zhirinovsky said.

"Do not ditch Libya face to face with the juggernaut of the North Atlantic bloc. Do not allow NATO to crush the democracy in Libya, especially with regard to the fact, that this country does not threaten anybody. Do not do the short-sighted oversea politicians' bidding," the LDPR leader said.

The tumult in Libya should be brought to stop as any other Muslim country could face the same situation, Zhirinovsky said. "The West is aggressive and resolved. They have not drawn a lesson from the negative experience of military intervention to Afghanistan and Iraq."

Leaders from the United States, Britain, France and Arab countries are meeting in Paris today to discuss ways to act on the resolution authorizing "all necessary measures" to protect civilians.