Russia set to continue tests of Bulava missile in June 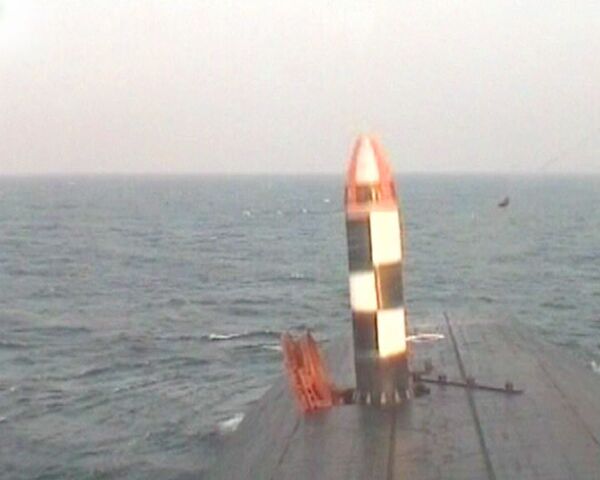 The first test launch of Russia's sea-based Bulava ballistic missile will be carried out in June, missile designer Yury Solomonov said on Thursday.

The first test launch of Russia's sea-based Bulava ballistic missile this year will be carried out in June, missile designer Yury Solomonov said on Thursday.

"The launch will be carried out as soon as the ice melts...sometime in June," Solomonov said.

The Russian Navy plans to deploy the Bulava on the new Borey class strategic submarines.

Despite several previous failures, officially blamed on manufacturing defaults, the Russian military has insisted that there is no alternative to the Bulava submarine-launched ballistic missile, and pledged to continue testing the missile until it is ready for service with the Navy.

In the last test in late October, a Bulava missile was successfully test-fired from the Dmitry Donskoi nuclear-powered submarine in the White Sea, hitting a target on a test range in Russia's Far East Kamchatka region some 6,000 kilometers to the east.

Solomonov said that the next launch could be carried out either by the Dmitry Donskoi or Yury Dolgoruky submarines.

Russia is planning to conduct at least four test launches of the Bulava missile this year. If they are successful, the missile will be put in service by yearend.