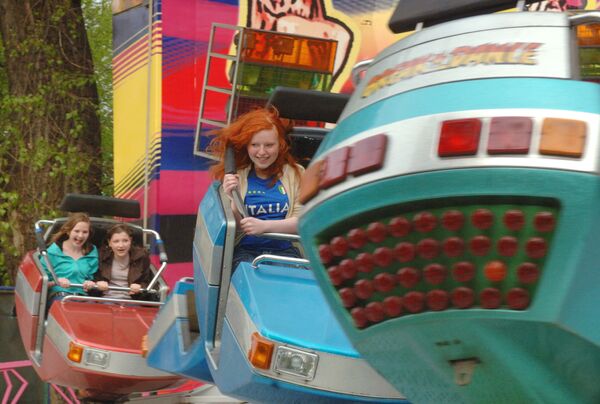 © RIA Novosti . Vladimir Viatkin
/
Go to the photo bank
Subscribe
Gorky Park in central Moscow will not be transformed into a new Disneyland and will preserve its historical and cultural heritage, its new director said on Wednesday.

Gorky Park in central Moscow will not be transformed into a new Disneyland and will preserve its historical and cultural heritage, its new director said on Wednesday.

Russian media say State Duma lawmaker Sergei Kapkov, the park's incoming director, would have to carry out thorough reconstruction to make the park attract as many visitors as Disneyland Paris.

"The park is a historical site, and no Disneyland can replace it," Kapkov said, adding that he had agreed to become the new director and would start work in the next few days.

"My first steps would be to meet the staff, work out a program for the next year and draw up a concept to restore architectural monuments inside Gorky Park and [neighboring] Neskuchny Sad," Kapkov said.

The park, which covers 120 hectares (300 acres) on the banks of the Moscow River, was built in 1923 as a site for an agricultural exhibition, and became a national recreation park in 1928. It has a lake and an impressive variety of trees.

Although the park has gone through multiple reconstructions, its design and architecture have remained untouched for 75 years.

In 2006, city authorities drew up a reconstruction plan that involved knocking down and restoring old facilities, building a hotel, a music hall, cafes and restaurants, underground parking and restoring the old outdoor theater, Green Theater. However, a lack of interest from investors led to the project being frozen.